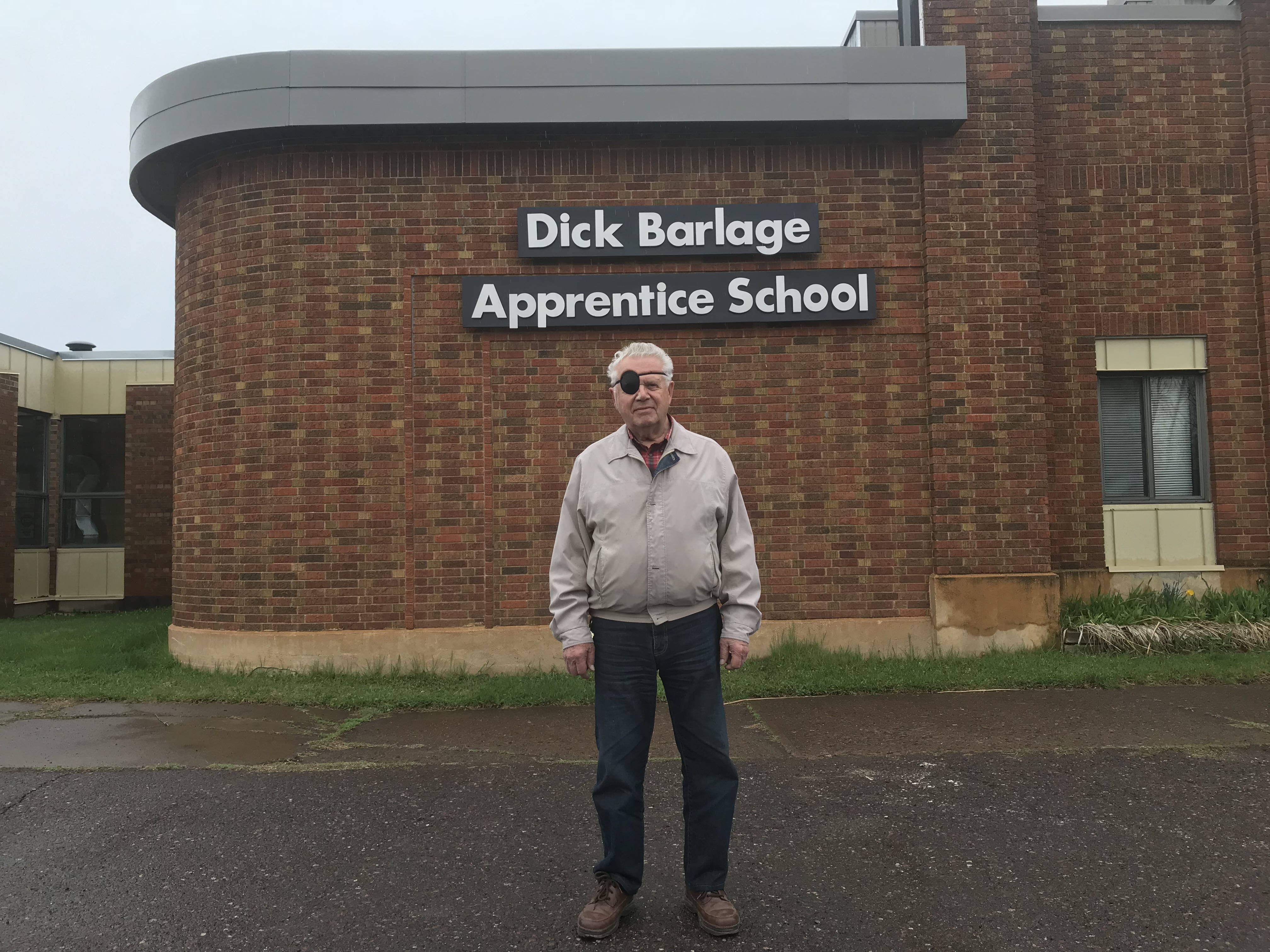 SAGINAW, Minn. – It takes a lot to pull one over on Dick Barlage. He’s been in the trade since 1960 and has held the position as training coordinator for Local 10’s Saginaw, Minnesota, training center for 41 years. So, if the building he also maintains is going to be dedicated and named in his honor, there is no surprising him.

Business Manager Doug Christy enlisted third-year architectural apprentices and their instructor, Scott Seglem, to help design and assemble the sign that has hung on the training center exterior since last December. The Jamar Company, a local contractor, cut the letters for the final product.

And they thought Barlage didn’t know what was going on. They were wrong.

“He didn’t want that. He said we could just make a plaque and put it in the school. I disagreed with that,” Christy said. “They tried to hide the letters from him, but he found out. He was a good sport about it.”

Barlage, who officially retired in 2000, is appreciative yet humble about the honor.

“I’ve held all the different union positions. I’ve worn all the hats. I like the apprentice program. We turn out some good people,” Barlage said. “I park under (the sign) and walk right in the building. I can’t be the only one who’s had a sheet metal building named after them.”

When school is in session from September to March, Barlage is at the school at least 40 hours, six days a week. In 2010, it was Barlage who found an old elementary school up for sale and brought it to Local 10’s attention. After years of being housed on a college campus, and a high school before that, Barlage was eager to get apprentices their own digs.

“For the amount we pay him, he’s basically volunteering his time,” Christy said with a slight laugh. “He’s also the maintenance for the building. It’s his baby.”

For a man who has seen so much change and evolution in the industry — not to mention the kids of his former apprentices turning out and becoming contractors — peers felt not only did Barlage deserve the dedication, it was owed to him in return for his unyielding loyalty, Christy said.

“It’s different every day. It’s a challenge every day, and I enjoy it,” Barlage said. “If I didn’t, I wouldn’t be here.” 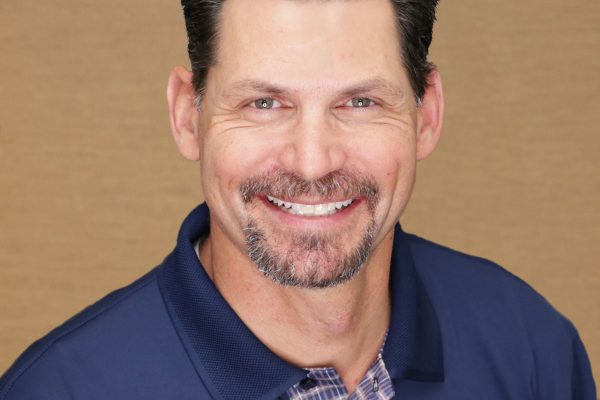 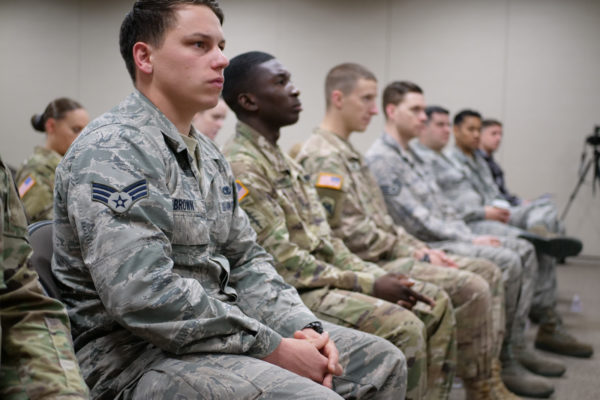 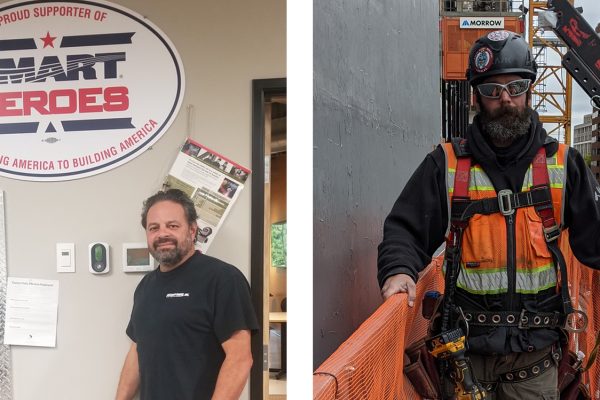