FAIRFAX, Va.  – The sheet metal trade may be one of the oldest in the country, but modern technology propels it forward. AutoCAD, Navisworks, Robotic Total Station and other tools make it easier to design HVAC (heating, ventilation and air conditioning) systems, communicate with foremen on the job site, collaborate with other building trades and allow changes to happen when, once upon time, they would have been impossible.

Greg Greene, a detailer/designer for Metropolitan Mechanical Contractors in Minnesota, marvels every day how technology has changed the industry since he turned out in 1980. In 1999, he traded his snips and pookie for AutoCAD Fabrication and Navisworks when, after nearly 20 years in the trade, degenerative arthritis in his back didn’t allow him to work at the same pace. Greene now combines 37 years of industry experience with technology to help design the HVAC systems at U.S. Bank Stadium, home of the Minnesota Vikings, which opened in 2016, and his current project, the BMO Harris Bradley Center, home of the Milwaukee Bucks basketball team. Working on that project from his office in Minnesota would not have been possible five, 10 or 15 years ago because the job site is 400 miles away.

Using Navisworks, designers, foremen, architects, engineers and anyone associated with the project have the ability to virtually walk around the building as if they were a first-person player in a video game.

“It allows you to tour the facility and make changes in the 3D virtual world instead of waiting until the building is finished and you wish you could have done something different,” Greene said. “It eliminates questions and any unclear details.”

Collaboration can take place without paper plans, allowing everyone to be in the loop and ensuring no detail falls through the cracks.

“I’m updating the model four to five times an hour, so they’re constantly getting those updates,” Greene added. “We are constantly working with the other trades. There is a lot of back and forth, especially when you’re working on remote projects. Without technology, it wouldn’t be as easy. You would have everyone working on the same model at the same time. It would’ve been a lot harder.”

Another piece of technology, Robotic Total Station, allows duct and pipe hangers and floor openings, for example, to be placed using land-based positioning devices through the design and coordination software. Because of the exact placement, there are fewer mistakes.

“On a lot of drawings, we aren’t dimensioning anymore, because we know the hangers are done before the deck floors,” Greene said. “Most trades are getting on board with coordinating the hangers. If you do it from the get-go, you really save time.”

While this undoubtedly sounds cool to the younger generation, including upcoming and current apprentices, building information modeling (BIM) takes a skilled hand with expertise only experience can provide, said Ron McGuire, BIM specialist for the ITI.

“They came up in the gaming age, and that has influence on a generation,” McGuire said. “But you can’t teach experience. Someone who has spent 10 years in the field understands how a job runs. It’s hard to reenact that in a classroom setting.”

For Greene, when the opportunity came to transition his skill, knowledge and experience from the job site to the BIM world, he took it. It reinvigorated his passion for his career while saving it at the same time.

“I saw it as a way to be able to work until I’m 62,” Greene said. “I could see field work wasn’t going to be long term. When the offer was thrown in front of me, I thought it was a good plan. A lot of sheet metal workers don’t want to sit at a desk all day, but for me, it saved my career.”

Contractors are demanding the use of technology in the industry, and the ITI is working to make sure members are trained for the future. In 2016, training ramped up with at least 10 classes throughout the year in Robotic Total Station alone. Courses teach instructors so they can pass on knowledge at their home local, making certain members not only stay relevant, but on the leading edge.

For 2017, instructor courses include fabrication, Revit and Navisworks May 8 – 12; AutoCAD and fabrication June 26 – 30; Bluebeam, BIM 360 and Robotic Total Station July 17 – 19, all at Local No. 88 in Las Vegas. For additional information on classes, visit the online training catalog..

ITI supports apprenticeship and advanced career training for union workers in the sheet metal heating, ventilation and air conditioning (HVAC); welding and industrial; architectural and ornamental; and service and testing, adjusting and balancing industries throughout the United States and Canada. Headquartered in Fairfax, Virginia, the ITI develops and produces a standardized sheet metal curriculum supported by a wide variety of training materials free of charge to sheet metal apprentices and journeymen. For more information about ITI and its available training curriculum for members covering sheet metal trade work, visit www.sheetmetal-iti.org or call 703-739-7200. 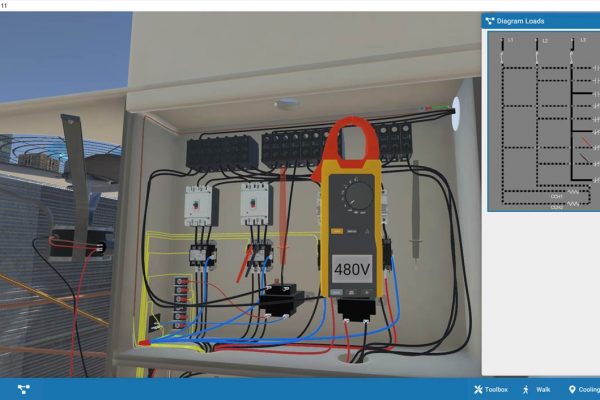 Apprentices use skills to build homes for Habitat for Humanity