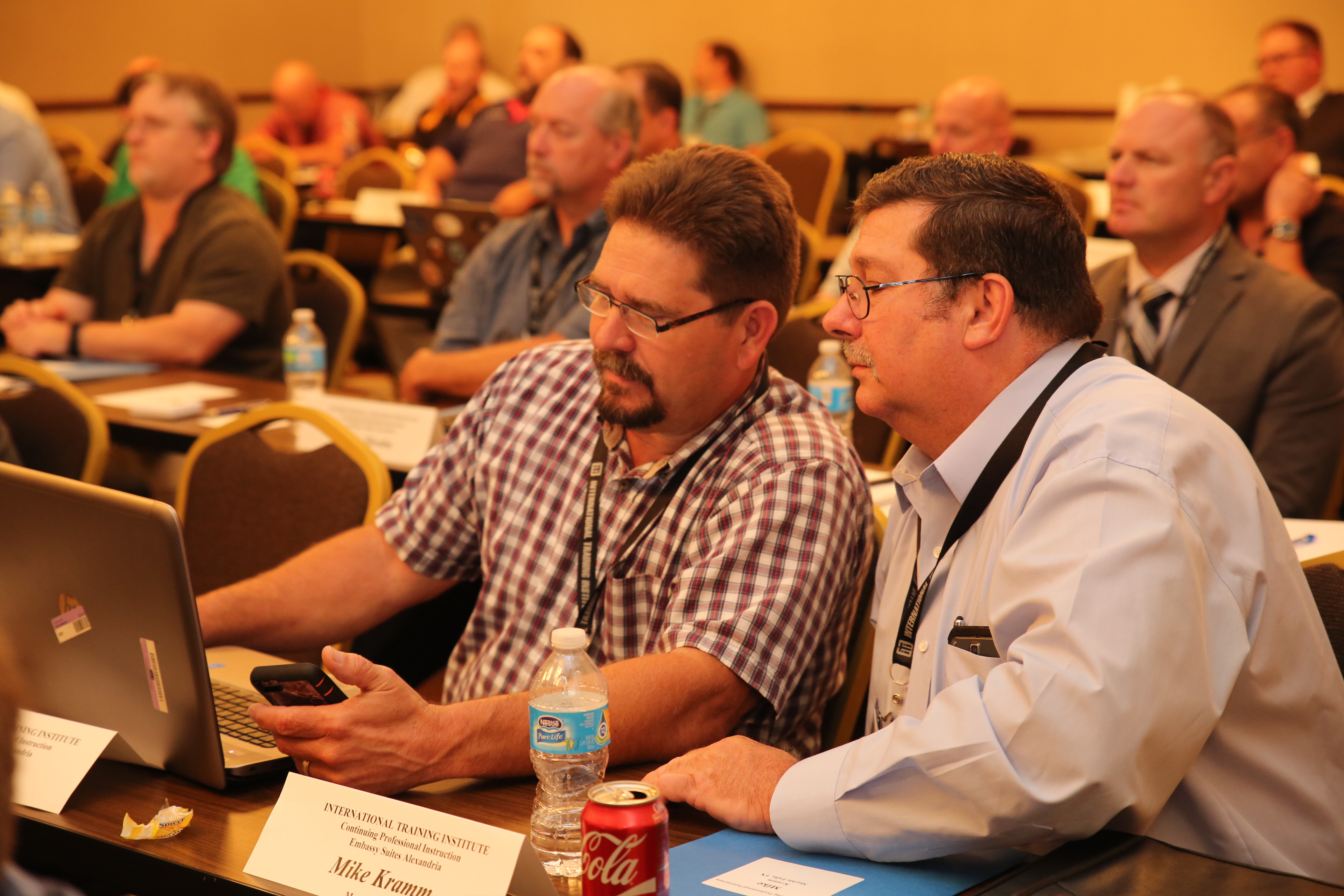 The International Training Institute (ITI), the education arm of the unionized sheet metal and air conditioning industry, hosted its annual Continuing Professional Instruction/Coordinators Conference Aug. 10-11 in Alexandria, Virginia. More than 60 coordinators, training directors and instructors from across the United States were in attendance to discuss with ITI field staff, one another and guest speakers this year’s theme, “Recruitment and Retention.”

“It’s our chance to present new information to you, but more importantly, it’s an opportunity to give us your questions and comments and network with others in our industry, and for new coordinators to connect with those who have been here awhile,” said James Page, ITI administrator, who opened the conference. “Recruitment and retention is not a one-size-fits-all situation, but we do need to make sure we’re consistent in our message.”

Recruitment and retention have many facets, and one of those is through opportunities for all members. Coordinators and training directors were made aware of the Department of Labor’s Equal Opportunity and Affirmative Action Rules for Registered Apprenticeship Programs, which was released in July, and the ITI’s plans to offer courses and support for training centers to make sure they comply by the deadline, which will take place in 2019, depending on a program’s registration date. The Department of Labor is in the process of developing a model Affirmative Action Plan and will post videos this year for use.

Creating opportunities for those honorably discharged from the armed forces was another way of recruiting individuals to the industry who already have a good work ethic. Darrell Roberts, executive director of Helmets to Hardhats and sheet metal worker out of Pennsylvania, shared facts and ways, such as a bridge in TotalTrack, the ITI’s student management system, to receive contact information for veterans expressing an interest in the trade.

The bridge, developed three years ago by the ITI, allows the veterans’ contact information to be sent directly to training coordinators through the TotalTrack system, allowing coordinators to better vet and keep track of potential apprentices.

In 2016, 14,310 veterans were signed up in the Helmets to Hardhats database, and there are 115,000 current emails active on the website. The same year, 2,526 veterans transitioned from their discharge to apprenticeship programs.

“It’s important the person choose the right craft. They need to understand this is a lifelong career decision,” Roberts said. “The opportunities the sheet metal workers have provided me have been immense, and I will always be grateful.”

Roberts is also working with the international’s SMART (SMART, the International Association of Sheet Metal Air, Rail and Transportation Workers) Heroes program, which brings in members of the military on the verge of honorable discharge, for 224 hours of training. The pilot program, led by Western Washington Sheet Metal Local No. 66, took place at Joint Base Lewis-McChord in Washington beginning in August.

Although Local No. 66 staff members recruit on base twice a week, the goal is to have the military bring their best and brightest to the SMART Heroes program. Out of 15 slots, eight applicants attended this first class. An additional class is scheduled for 2017, with six set for 2018.

Graduates aren’t members until they are accepted into an apprentice program at a sheet metal local and take the oath, Page said.

“It’s a very aggressive schedule, with the entire first year of knowledge base taught in seven weeks,” Page added. “To qualify, they go through high-end vetting and monitoring of performance. When they graduate from the program, we slot them in as second-year apprentices.”

Along with veterans, there has been a concentrated effort in the recruitment of women, and alliances have been formed with organizations such as Oregon Women in the Trade and others. During the conference, Tiffany Thompson, advocacy and consulting program manager, and Kelly Kupcak, executive director, both from Oregon Women in the Trade, filled in coordinators and training directors on efforts in Oregon as well as through Equity Partners, of which the ITI is a member.

“Recruiting women into the trade won’t work in the long run unless policies and procedures are in place to retain them, which means addressing women’s concerns up front. One of the top three reasons women leave the skilled trades is due to harassment,” Thompson said.

“It’s a retention issue,” she added. “You have to have change from the ground, up. But you have to look at policies from the top, down. You can say to someone that you have a zero tolerance for harassment, and if when they’re on the job site no one does anything about it, they’re not going to believe you.”

Also, if there are successful women at the local – apprentices or journeypersons – use them to help recruit tomorrow’s workforce, Kupcak said.

“When women and girls are at those events, they’re more comfortable about approaching a woman in her work gear to ask questions,” she added. “The idea behind it is to have ambassadors for the program. It doesn’t make any sense if you can get women in if you can’t keep them in.” General President Joe Sellers echoed the sentiment.

“We call each other ‘brother’ and ‘sister’ for a reason,” he said. “Be the leader your daughter expects you to be. Calling it out when it’s wrong is right. We need to fill the next generation of sheet metal workers, and we need to start thinking about it now.”

Sellers provided a recap of the recent Business Agents’ Conference and touched on how the conference’s theme of evolution applied to the training side as well. Through programs such as ITI Business Development, SMART MAP (Members Assistance Program) and SMART Heroes, the union is reaching out to members to help them develop minds for business, provide compassionate and educated help for mental health and addiction issues, and welcome veterans into apprenticeship programs across the country, respectively.

“I believe this is our generation’s mark on health and safety,” Sellers said about the SMART MAP program, aimed to train members in leadership positions to identify members with mental health or addiction problems and find them appropriate and adequate help in their communities. “The more tools and opportunities we can give them, the better.”

Opportunities also come through going after the market share; architectural, service and lagging work is on the upswing, and members need to be prepared to not only take advantage, but to successfully compete.

“I want to know what’s on your mind, what’s bothering you, what’s affecting your job. I don’t want to lose touch with the workplace. If I’m in your area, I’d like to swing by, get a tour of your school, talk to the apprentices,” he said.

The service apprenticeship pilot program has also been updated to reflect the changes in the industry. A new committee was formed, consisting of three ITI trustees, two contractors, a SMART vice president and ITI staff, who identified problems with the previous model and adjusted goals. Designed to bring new, entry-level individuals into the trade, the program is designed not to replace or circumvent the apprenticeship and is set to be piloted in New York later this year.

“This is a joint-labor management program,” Page said. “We’re doing the pilot in the Northeast where we don’t have an existing agreement, and we’re already getting interest from other areas.”

ITI Business Development will finish up its pilot program with six members this fall. A second course began in September with 30 participants. The three-phase course is self-paced and mostly virtual, with one week of required face time. The course is an update of the union’s Business 101, where members can learn the ins and outs of opening a business or better understand the one that currently employs them.

“At the very least, six members will know what employers are going through, which is good for everyone,” said Aldo Zambetti, ITI field staff and course facilitator. “Participants, employers, SMACNA – they’re all winners.”

A few updates were also announced during the conference.

“ANSI accreditation guarantees that the person who is certified is legitimately trained and tested for that particular task,” Bernett said. “It means we made a promise, we backed it up, and we walk the walk.”

ITI field staff Steve Kowats and James Shoulders announced the pass rate for members who took the most recent CWI welding exam was 16 out of 18 (88.9 percent); it typically has a 55 to 60 percent pass rate.

ThinkEDU, the North American reseller of AutoDesk, has made an arrangement with the ITI to offer a $1,000 annual flat fee, including support, for all versions and licenses for each school.

If you have any questions about any of the above programs, please contact the ITI at www.sheetmetal-iti.org or by calling 703-739-7200. 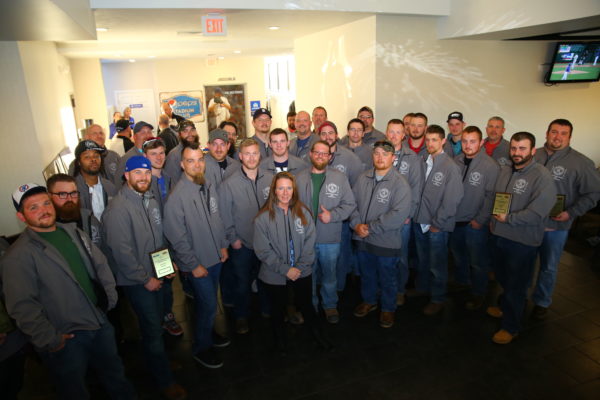 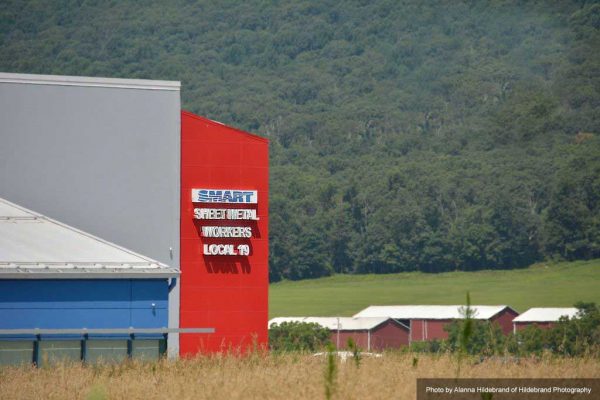 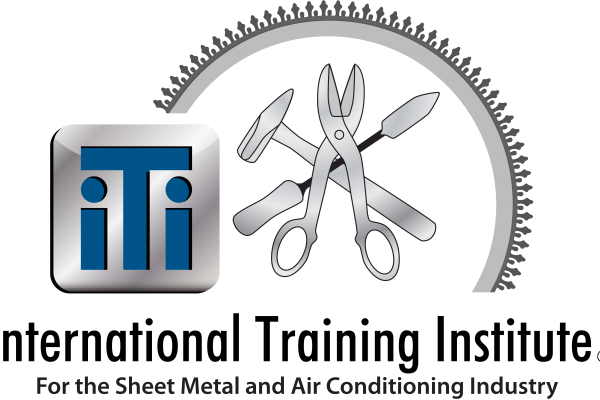