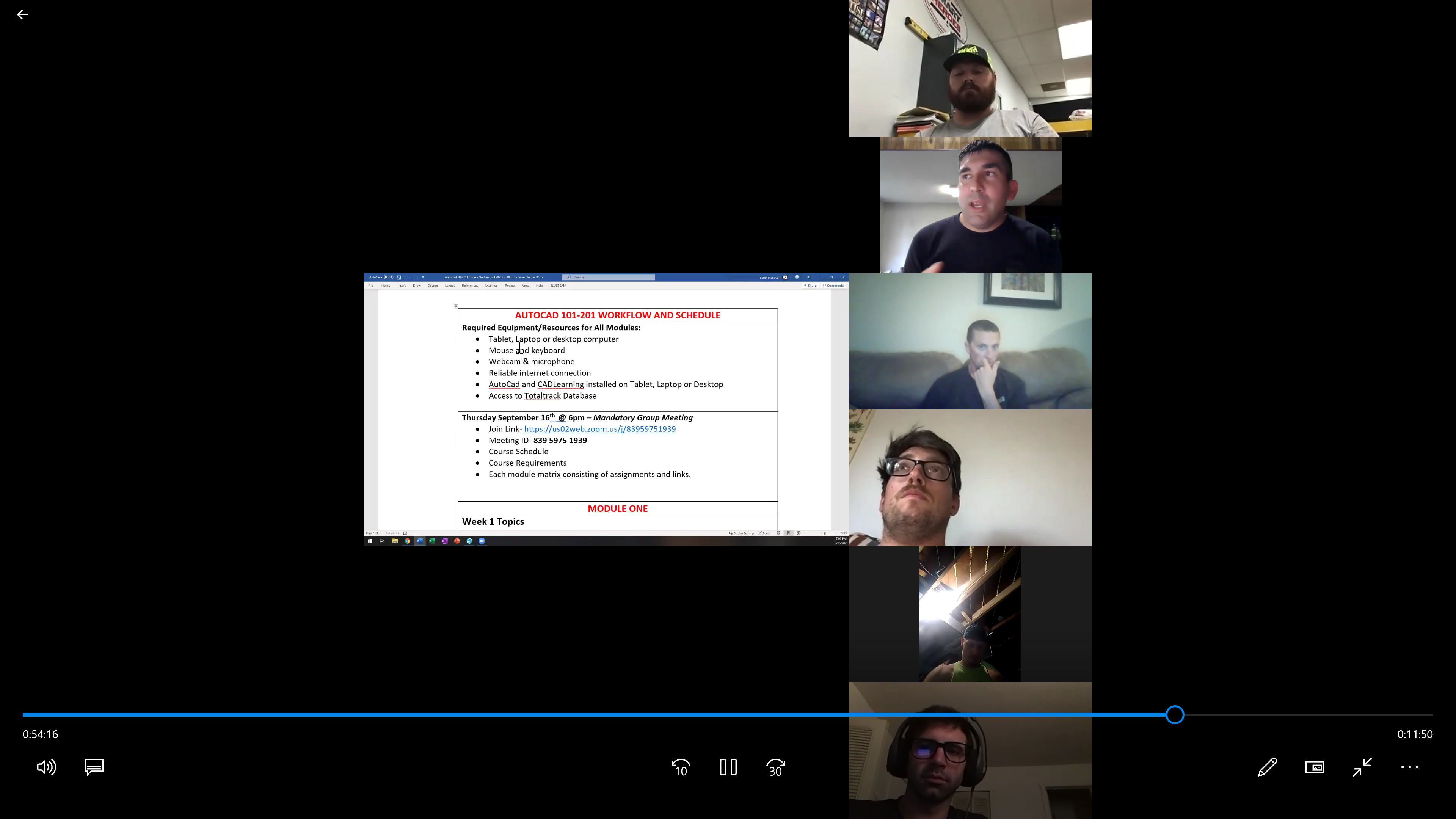 Remote learning has only been the latest progression Darek Scarlavai has overseen as training coordinator at Sheet Metal Workers Local 7 in Michigan. Now, with the flexibility afforded by student licenses for AutoCAD through Autodesk’s Membership Training Provider (MTP) program, he has launched a hybrid approach that combines live Zoom instruction, recorded sessions and self-paced learning, offering flexibility and convenience for instructors and students, including apprentices and journey people.

Thanks to the student licenses the International Training Institute (ITI) negotiated as part of the Autodesk MTP program made available in July 2021, training coordinators can now get a bit more creative in how classes are structured. Students can use their licenses to become familiar with the software and work on lessons at home. Scarlavai expected some hiccups since Local 7’s training facility was among the first to use these licenses in a class setup, but thanks to the technological know-how of the students, there were no major snags.

“It actually went a lot smoother than expected with something all new like this,” Scarlavai reported. “We’ve learned so much with Zoom over these last two years, it’s incredible.”

In September 2021, Scarlavai welcomed 15 students to the hybrid class, covering what is typically taught in AutoCAD 101 and 201, and set about teaching them how sheet metal workers use the software in conjunction with plasma-cutting tables and other machinery. This knowledge will help all of them be more employable and versatile in their current jobs. The class wrapped up in December, and Scarlavai said results and feedback were positive across the board.

“It morphed into this self-paced yet instructor-led kind of class,” Scarlavai said. “So, it was kind of a unique thing we developed here … I think it’s going to be something we offer a couple times a year.”

The class was 100% remote and took place over a 10-week period with 32 hours of material. Once a week, Scarlavai hosted a two-hour Zoom meeting for students to go over the lessons and ask questions. Every meeting was recorded and uploaded for anyone who couldn’t attend live.

After the first mandatory meeting, to show everyone how to use the platform, the weekly meetings were optional. Scarlavai said that at least three to five students participated live each week, and it was always different students, indicating that people tuned in for modules they needed extra guidance on as they completed assignments. Once students completed the class they gained permanent access to those sessions, so they could re-watch things at any time, weeks or months after the class has ended.

Flexibility was the standout benefit to this approach — in terms of time as well as the pace of the class. Some students worked ahead on assignments, and others who were less experienced were able to take their time. These days, many apprentices have already learned some AutoCAD in high school, while others who have been in the field for years might have no experience with the software.

“I’ve taught a lot of in-person AutoCAD classes, and one thing we struggle with is we are getting people with different levels of experience,” Scarlavai said. “If you go too far ahead, you lose people who don’t understand it. But if you slow the class down too much, students who know a lot lose interest … so it’s challenging on both ends of the spectrum.”

Scarlavai heads up training at three of the four training centers for Local 7, and typically this AutoCAD class is taught in the evenings, from 5 to 8 p.m. That makes for a very long day, especially with travel. Michigan’s training centers are separated by a three- to six-hour drive, and the snowy winters can sometimes shut down access. With the pandemic already straining schedules and one Local 7 instructor out for the birth of his new baby, the student licensing opportunity came at just the right time to try out something new, Scarlavai said.

Kurt Hanson, a journey person from Local 7’s zone 2 in Fruitport, Michigan, said the new format allowed him to participate while working overtime during the entirety of the class and still not miss out on his son’s soccer practice or his daughter’s gymnastics. Hanson uses CAD every day, but, as a 40-year-old who graduated from the apprenticeship 11 years ago, he still worried he might be one of the slower students.

“During my apprentice years we primarily drew everything by hand,” he recalled. “But a combination of the recorded Zoom calls with the learning software is excellent. To be able to go back through a questionable answer, or see how to perform a certain task using CAD … you could find the answer. Plus, our teacher was very knowledgeable and always willing day or night to help.”

Scarlavai reported by the end of this first hybrid class he had 15 students already on the list for January’s class — and three were from Michigan’s upper peninsula some six hours away. There’s no limit on geography or number of students with this format, so he looks forward to seeing how things develop.

“We took notes and will look into revising those questions that gave everyone some issues … and the students’ feedback was really valuable in shaping how it could work better for future classes,” he added.

Scarlavai and his colleagues are planning to offer similar all-remote classes for other software platforms like Revit and Inventor, also licensed by Autodesk. The student licenses negotiated by the ITI last year were the catalyst for this type of training, but these licenses are only available to training centers that have a current subscription. He hopes that his work with this new class format might lead to other training centers following suit, expanding opportunities for those who want to learn AutoCAD but would have trouble commuting or fitting the class times into their schedule.

Scarlavai said that he was surprised more training centers aren’t jumping at the offer for student licenses, as there is a grant available from the ITI to cover $750, which is half of the $1500 annual fee. “I was really shocked that the number of those participating was only around 80, as it’s a screaming good deal!”

For more information, visit the ITI website at www.sheetmetal-iti.org.