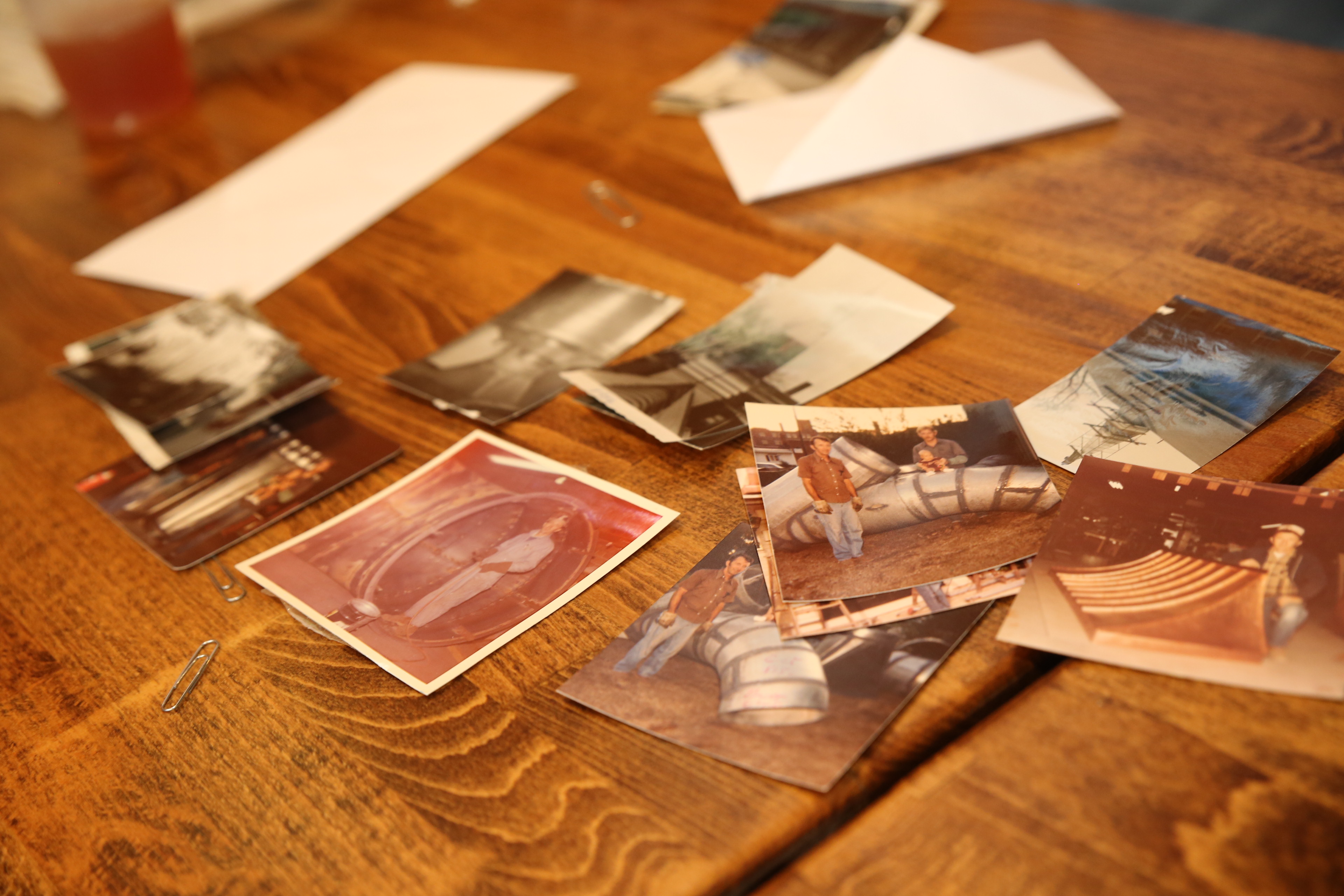 Sheet Metal Workers Local No. 1 in Peoria, Illinois has a storied past, mostly told through the eyes of the workers who came through it.

“Whether it is realized or not, every business is subject to the influences exerted by the character of the competition with which it must contend,” said Edwin Seabrook, union secretary, at the national convention held in Peoria in 1916. “No business can rise higher than the general business condition of the community from which it draws its trade, or the condition of its own line in the community.”

Local No. 1’s line in the community runs deep, and it’s reflected in the members who work in the trade, especially in those who come from a long line of sheet metal workers — some dating back to before the union existed.

History
Peoria was a whiskey town with the copper and industry that came with it. In 1887, Robert Kellerstraus, owner of a local tin shop, started the Tinners and Cornice Workers for the Whiskey Industry, which eventually became Sheet Metal Workers Local No. 1. In the 1960s, smaller towns near Peoria merged into Local No. 1.

The apprenticeship training school began in 1915 and was held at Bradley Polytechnic Institute, led by Prof. Arthur F. Payne. There were eight students the first night, 12 the second night and 10 in the first graduating class. Fifty lessons, including 30 “problems,” were completed to graduate. These “problems” included an angle-specific gutter, tee joint, elbow and other skills still learned by apprentices today. Students were charged a $25 fee, half of which was returned to them after graduation.

Local No. 1 built its own training facility in 1967 and moved to its current location in 2013.

The history of the first local only intrigues Bill Comstock, Local No. 1 business manager and financial secretary/treasurer. From speaking to multi-generation sheet metal families to finding a 100-page document, outlining the 12th annual national convention held in Peoria, it all adds to the pride he has for the union and his local.

“I have always been interested in the history,” Comstock said. “It intrigues me to see where the trade started. I think it adds to the pride in their work, because they are Local 1. I think every local has that pride in their history.”

Today, instead of distilleries, the apprentices of Local No. 1 primarily engage in three career pathways: residential; commercial, which also includes architectural; and service. A new testing, adjusting and balancing course was also added at the end of 2016 as well as lagging, according to Carl Grubb, training coordinator.

“Everything was manual,” Andrae said. “They did have an old belt-driven drill press. They bought the first electrical drill ever made.”

The company went out of business because Andrae’s grandmother and father didn’t agree on the future of the business, but the craft stayed with him. His earliest memory is trying not to get burnt or cut while watching his father work in the shop.

“I had seen all the tools,” said Andrae about the moment he decided to enter the apprenticeship. “I was curious and wanted to get into it. It’s tough work, but you’re not stuck in one spot for all the years. You get to move around.”

Instead, Andrae works at JA Fritch and Sons, like his father, as a superintendent doing industrial and commercial HVAC. While his father’s work was handmade, the work of today is more automated, using computers, software and plasma tables.

“When I was at the shop with my grandfather, they’d make gutters for a week,” Andrae said. “Now you buy everything, when before you had to make it. Everything was handmade back then.”

The Ary/Tyler families
Dale Ary, 75, often says joining the unionized sheet metal workers was the “luckiest thing that ever happened” to him. Even though he joined the apprenticeship at age 46, the 11 years he worked as a journeyman inspired him as well as other members of his family.

Nephew Matt Ary graduated from the apprenticeship in 2000 and currently works for JA Fritch and Sons, like Andrae, and grandsons Grant and Blake Tyler are a journeyman and apprentice, respectively. Grant Tyler also serves as an instructor.

“(Grandfather Dale Ary) is the reason I got in the trade. They didn’t know I was related to him,” said Grant Tyler, 37, who works as a field technician for Dave Roth Mechanical. “It was the encouragement for better pay, insurance, to get something steady and to have a better job with benefits.”

“It was a better future,” Matt Ary added. “I used to whine about the money being saved for retirement. Now, it’s the best thing that ever happened to me. The union takes care of you well.”

There aren’t many family businesses left today, but sharing Local No. 1 membership is as close as anything, Grant Tyler said.

In a small coffee shop in a town near his home, Dick Schaibley, 88, and his son Jim Schaibley spread out photographic memories and awards across a table. Most of the photos are black and white or extremely faded due to their age, but the elder Schaibley’s memories are crystal clear.

He applied for the apprenticeship at age 17 in 1945 and retired in 1991 after 46 years. A member of Local No. 278 in Streator, Illinois, he joined Local No. 1 when the two merged in the 1960s. As an apprentice, he made 40 cents an hour, which increased to $1.25 an hour. Battery-operated tools weren’t allowed on the job until after he retired.

Back then, Dick Schaibley worked on anything made of metal, including church steeples using 40-foot extension ladders.

“I don’t know how we did it, but we got it done,” Dick Schaibley said.

“That was before OSHA,” added his son with a laugh. “That would never happen nowadays.”

For 15 years, the Schaibley men worked together, and even then, processes have changed.

“Blowpipe is still blowpipe,” Jim Schaibley said. “Now, it’s made a lot faster. It was stick-welded. You didn’t know what a wire welder was. That’s when you went home at night and knew you did something.”

“It allowed us to live a decent life financially,” Dick Schaibley said.

“That was the reason the unions were developed, to protect the workers and help families, and it’s done that,” Jim Schaibley added.

Although the union hasn’t changed, the work has definitely evolved.

“From what we started out with, I never believed I would see the day the way we’ve come up with all these changes. It’s a lot easier than when we came up,” Dick Schaibley said. “We took anything that was made of metal. We laid them out and fabricated them.”

“They don’t know the half of it,” Dick Schaibley finished.

While old-timers are ready to talk about how much has changed, there are traditions, skills and processes that still hold true to the trade.

As the country comes out of the recession, P.F. Branstedt’s words to those who gathered for the 12th national convention in Peoria in 1916, also still ring true: “The business tide is turning; before us lie good prospects, and with it profit, wealth, goodwill and contentment.” 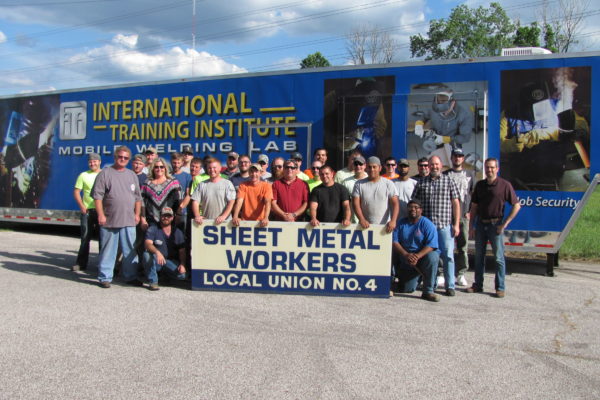