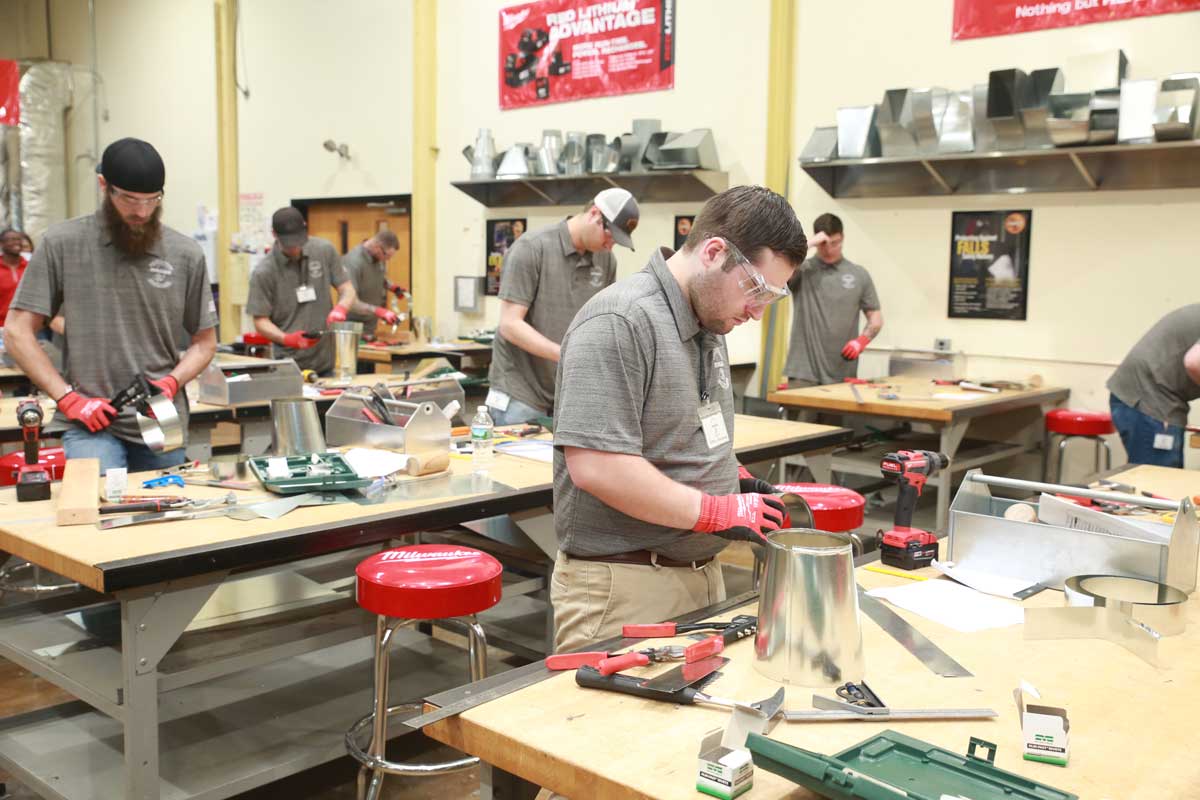 Locals in the Mid-Atlantic states came together May 2-4 at Local 27 in Farmingdale, New Jersey, to share camaraderie and competition during the region’s annual contest.

This year, Locals 22, 25 and 27 shared hosting duties even though the event was held at the Local 27 training center.

“We all took different things. Usually, if one training center hosts, that one coordinator is responsible for everything,” said Charlie Beelitz, Local 22 training coordinator. “This way, we spread around the responsibilities. It worked out really well.”

Although the primary reason for the gathering was friendly competition, coordinators believe getting students together with other students, instructors, coordinators, business managers and contractors makes them better sheet metal workers.

“Camaraderie is the No. 1 reason as to why this contest is important,” said John Espinos, Local 27 training coordinator. “It makes our programs better.”

The continual support from corporate sponsors such as Milwaukee Tools and Lincoln Electric certainly help, but it’s the internal support from contractors and their individual union communities that has kept the contest going the last four years.

“We have an ability to shape our workforce with what we choose to teach and how we choose to teach it, and I think that’s crucial to the futures of our organizations – both the union and the contractors,” said Richard Haenssler, Haenssler Metal Works, Inc., who volunteered as a contest judge. “Personally, it’s not hard for me to be involved because I think it’s important. I enjoy working with the group, and it’s nice to see how well the JATCs work together, too.”

However, the contest wouldn’t prove to be the positive experience it is year after year without apprentices willing to travel, take time off and participate in two days of rigorous competition.

“Not every apprentice wants to do this. Sometimes, you’re dragging them kicking and screaming, but once they’re here, they’re glad. They say it’s the best thing they could have ever done and can’t wait to come back next year,” Beelitz said. “These are the future leaders.”

Fourth-year apprentice Mackenzie Cromer participated last year and returned with the goal to score and place higher than the year before. She practiced, coming to the training center after work to up her skills. When she entered the apprenticeship, her goal was to “do it all.” She ended the competition on top with a first-place finish.

“I worked really hard to get first, and it finally worked,” said Cromer, from Local 27. Last year, she placed third. “It was my last year to compete, so I wanted to at least place. I didn’t think I would get first.”

The group project category is a Mid-Atlantic region original in which apprentices compete as a member of their local team. Three apprentices of various years worked together to measure and fabricate their slips, drives and ductwork; put it together as a duct line field installation project, and when it’s done, fit it into a pre-construction mockup for judging.

This year’s group project winner was Local 19, Central Pennsylvania for the second consecutive year. They took home the handmade trophy, which travels from the winning local of the group project to the next winning team each year.

Pat Edmonds, training coordinator for Local 19, Central Pennsylvania, chalked up his team’s success to the outline of his training curriculum.

“All of our projects, all the way through the apprenticeship, are group projects. We do a lot of group building projects,” he said. “And it saves on materials, too.”

“I think we are calm, and we work well together,” said Mike Smith, a fourth-year apprentice and second-year member of the winning team. “We help each other out, but we’re honest with each other at the same time.” 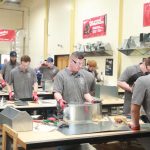 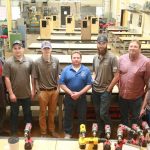 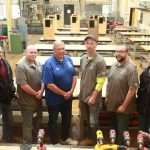 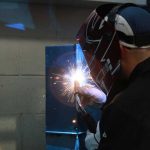 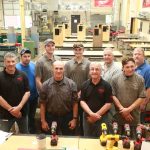 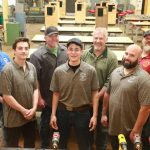 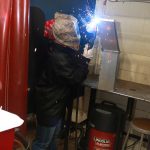 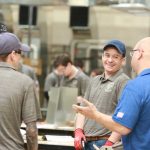 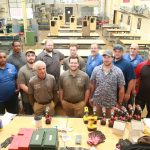 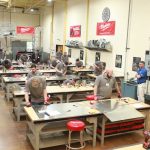 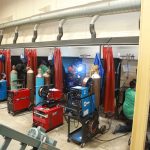 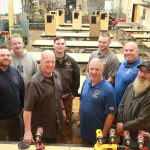 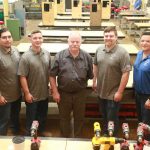 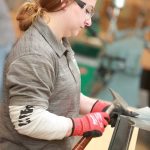 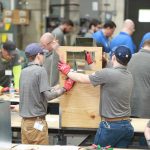 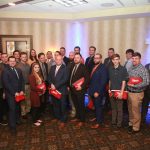 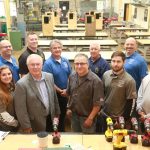 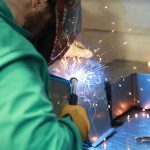 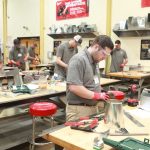 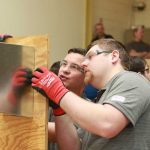 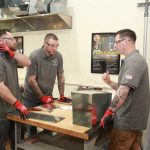