FAIRFAX, Va. – Roadblocks can be frustrating, and when it comes to business, they can cost a company thousands of dollars. Technology plays an important role in either hindering a company’s success or giving it a boost to the next level. In the world of the unionized sheet metal and air conditioning industry, technology is the most important tool for companies aiming for success in a slightly improving economy.

The Benchmark building information modeling (BIM) training software is the feather in the cap of sheet metal education. Members can be trained and certified on the system, a three-dimensional collaborative drafting program that allows skilled union workers to design heating and air conditioning systems, and take the technology with them to their contractor for continual on-the-job training. The trainee, with their employer’s approval, can then use the software at no cost to the company. With 160 training centers across the country, many in rural areas, workers can’t always make it to one of 39 training centers accredited to train and certify in BIM.

“It got to the point where we had two guys drafting on it, and eventually, everyone was drafting on it,” said Al LaBella, owner of Blue Diamond Sheet Metal in Medford, NY. “We had some issues we needed help with, and I was at a crossroads as to if I was going to buy a whole new drafting program or use Benchmark to its full capabilities.”

In coordination with Local #28’s training center in Jamaica, NY, the International Training Institute (ITI), the education arm of the sheet metal and air conditioning industry, brought the little-used contractor on-site program to Blue Diamond Sheet Metal in December. Through the program, Benchmark training is given to SMART (Sheet Metal, Air Rail and Transportation) members in their own work environments, allowing experts to instruct trainees how to use the software in the best way for the company and to its full capabilities.

At this contractor on-site training, the ITI provided 33 hours of in-house training and certification for all 10 members of the company’s drafting department. Two senior drafters ­– Ed Wirth and Larry Shrivers ­– also were qualified to become on-site trainers at the facility, giving LaBella the flexibility he needs to hire skilled drafters and have Wirth and Shrivers train them in Benchmark on site.

“I wanted to have people who are qualified who are going to be here for their careers. Because of that, if I go to hire someone who doesn’t have Benchmark background, I have trainers here,” LaBella said. “There’s a partnership there. We’re contractors, but we use the SMART labor.”

For LaBella, having the ITI come in-house to train and certify his workers was the only way to go.

“If you don’t get the ITI staff in your building, you’re not going to maximize its capability,” LaBella said. “It gave my people the opportunity to ask the questions, get answers and use those skills without the pressure of finishing a drawing.”

The success of the first training at Blue Diamond Sheet Metal only proved to the ITI the model they set into place is working.

“I think it will become more popular as more people become more aware of this avenue,” said Ron McGuire, ITI’s BIM program coordinator, who conducted the training in New York. “We’re trying to figure out what’s the best avenue to get our members certified. This is another avenue they can use to their advantage.”

The ITI has traveled to train workers before. The concentrated welding program took homemakers, masons and cable installers, among others, in the Southeast and trained them in three weeks to become entry-level welders. The workers filled hundreds of positions needed for major nuclear plant projects in the region, and the concentrated program filled a need by putting members to work and giving the contractors a skilled work base.

“It’s specialized, but the ITI does offer contractor on-site training for SMART members. It’s another avenue to service the industry where it’s needed,” said Michael Keane, ITI’s director of BIM technologies. “It’s an unconventional avenue, but it’s still an avenue. If there are people at the contractor who are capable it’s really a powerful tool for the contractor and the workers.” 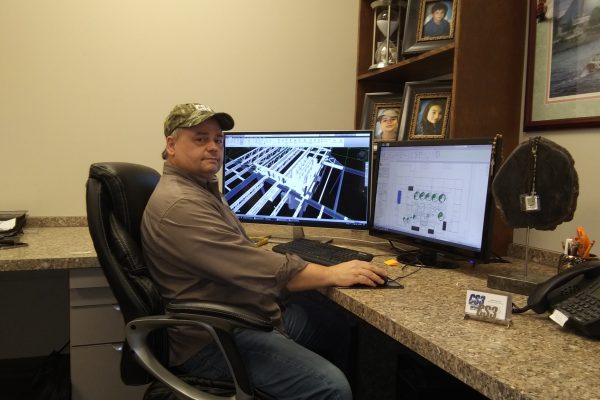