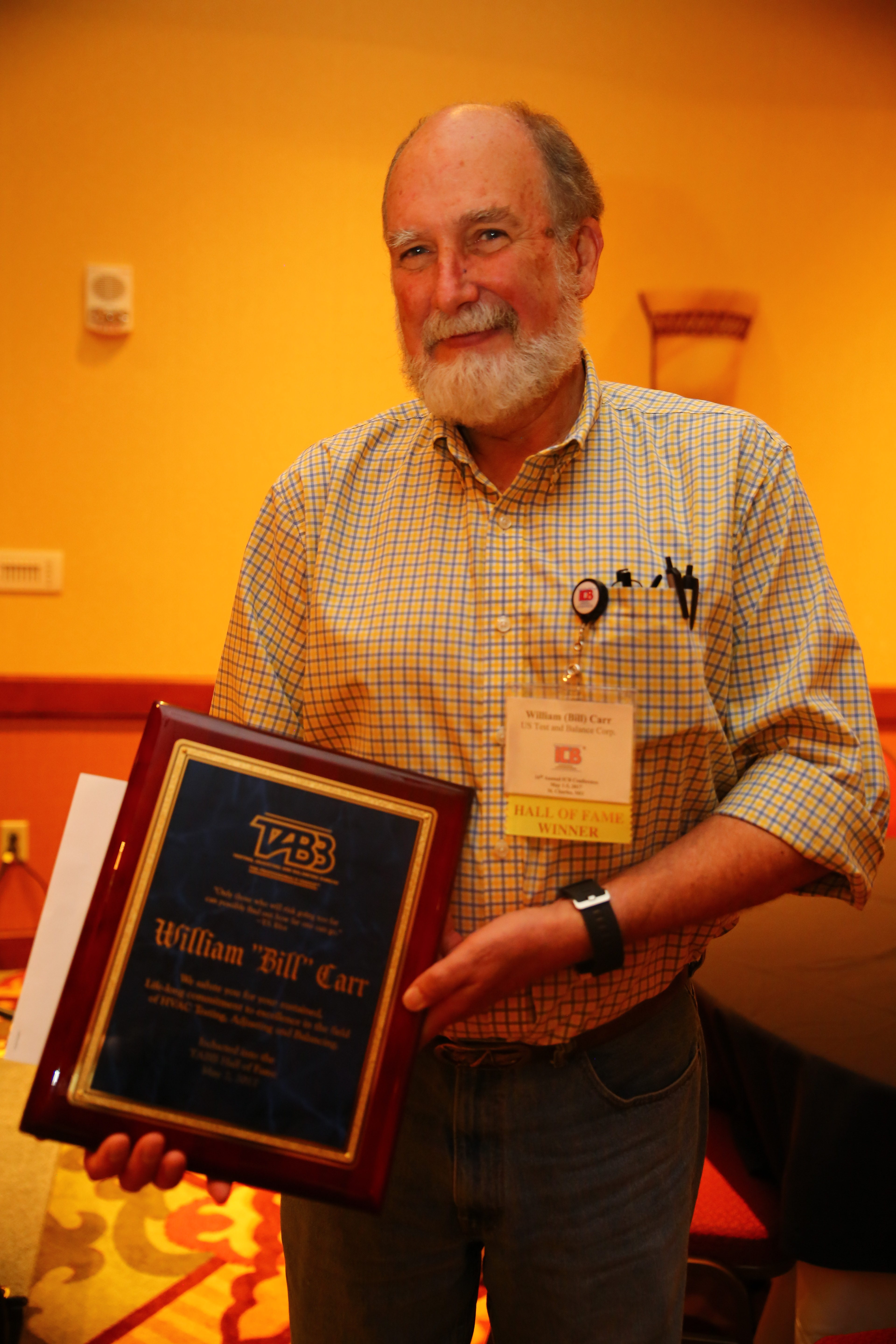 Owner of U.S. Test and Balance has traveled to Baghdad, across country for work

FAIRFAX, Va. – Bill Carr, president of U.S. Test and Balance in Hopewell Junction, New York, received this year’s Testing, Adjusting and Balancing Bureau (TABB) Hall of Fame award Wednesday, May 3, during the International Certification Board (ICB) Conference near St. Louis. Carr is the 15th member of the Hall of Fame.

“I’ve known Bill for over 25 years and worked for him for 20,” said Frank Gross, who introduced Carr. “The thing that impressed me most was his dedication to the program. He has sent his workers to whatever certification programs they want to attend. He is not only my employer, but he has become a good friend.”

When Carr was honorably discharged from the military as a young man in 1970, he had no idea what testing, adjusting and balancing, or TAB, was, but based on referrals from friends, he checked it out and ultimately was accepted into the sheet metal apprenticeship program at Sheet Metal Workers Local No. 38 in Brewster, New York. He opened U.S. Test and Balance in 1993 and became known for traveling for work, including overseas trips.

During his time as a sheet metal worker and business owner, he’s learned from others, and others have learned from him – that’s how future leaders in the industry are made, he said.

“You really need mentors,” Carr added. “You can’t knock on doors and ask for them. People pick up on your enthusiasm on the job and kind of shepherd you, try to show you.”

“Every day you’re winging it, so it came out of the blue,” Carr said with a laugh. “Only TABB has all these tools. Every day is like Christmas. Every day, I open a box. There are so many things to ramp up our experience.”

ICB/TABB is the first program to gain ANSI (American National Standards Institute) accreditation for certification in the testing, adjusting and balancing industry. Certification is a statement that the technician, supervisor or contractor demonstrates the highest level of professional expertise. 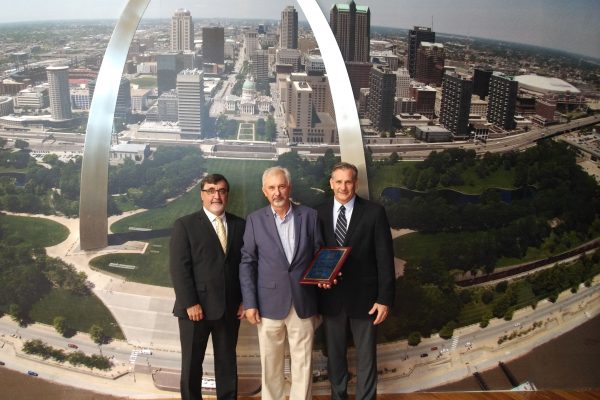