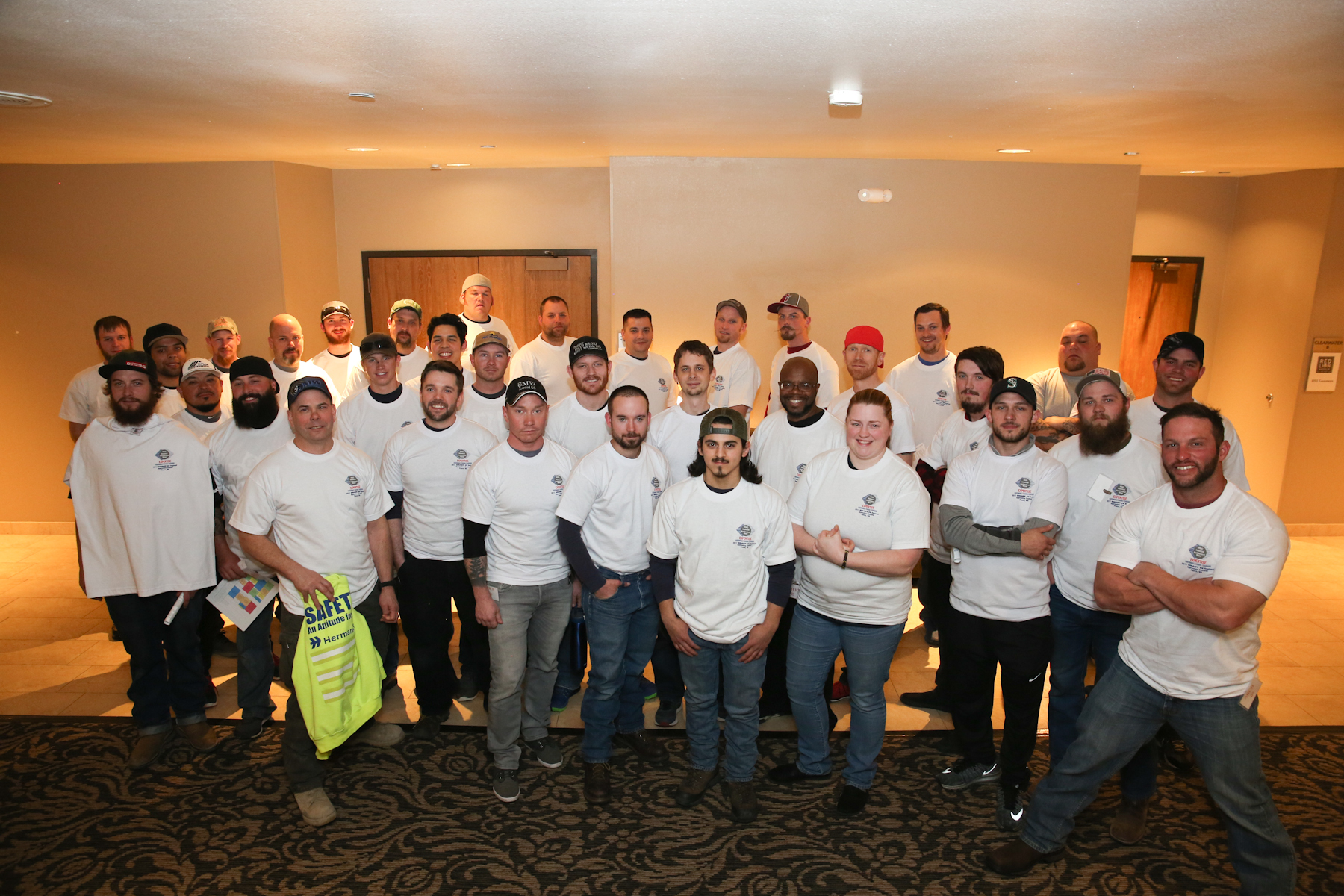 The contest was open to training centers in Region 12 as well as schools outside the regional area that wanted to participate, and the contest welcomed 35 third-, fourth- and fifth-year students in HVAC, industrial/welding, service and architectural divisions.

In the HVAC division, winners include Nathan Marquez, Local No. 23, first place; Stephen Serniotti, Local No. 16; and Raymond Kromhout, Local No. 9, third place.

In the industrial/welding division, Keaton Alvorson, Local No. 55, took first place, with Kolby Holmes, Local No. 66, in second place and Jared Bonney, Local No. 16, in third place.

For service, Eugene Kennedy, Local No. 55, placed first, with Chad Acheson, Local No. 16, in second place and Max Burnett, Local No. 23, in third place.

For the written portion of the contest, the committee chose to have apprentices complete it using Total Track, a first for an apprentice contest, said Don Steltz, executive administrator for Local No. 66’s Western Washington Sheet Metal JATC.

After a nine-year hiatus, dusting off a contest can have its challenges, but coordinators began developing the contest’s written exam, along with projects, as a team months ahead of time, said Ken Cox, coordinator for Local No. 55 in Pasco.

“Because it is rising back out of where it once was, I think to expect it to run flawlessly is an over-expectation,” he said with a laugh. “Having said that, I think it went well. Region 12 has always done a good job at these contests throughout the years.”

The Washington and Oregon coordinators had discussed bringing back the apprentice contest for a few years, and 2017 was the year to do it, Cox said.

“We were done talking,” he added. “We either needed to stop talking about it or do it, so we decided to do it.”

Contest aside, the comradery that stems from the event for the apprentices and the coordinators is priceless, Steltz said.

“The apprentices, while competitors each day, really showed great spirit when others won,” he added. “At some point down the road, as a journeyperson, you could travel to neighboring locals, and they could be the foreman you are going to work for, so building these relationships now is invaluable.”

Top 12 detailers from around the country compete for grand prize