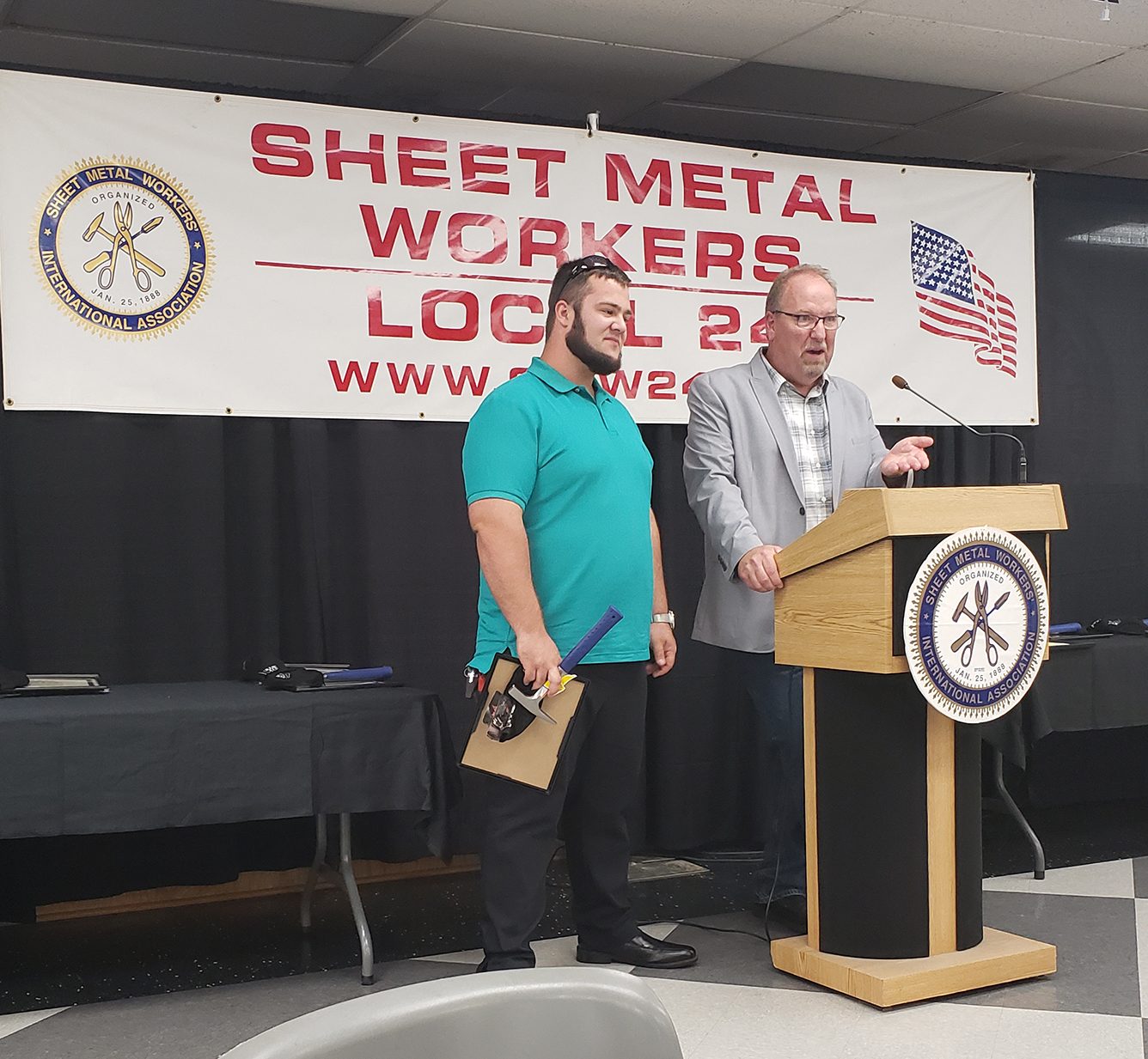 In Ohio, high school students are introduced to the apprenticeship their sophomore year, and for Sheet Metal Workers Local 24, it’s a system that has been a successful recruitment tool for decades.

The program goes by two names in Local 24 — School to Work Program in Columbus and the School to Apprenticeship Program in Dayton. The idea is the same: focus on students attending high school and career technical centers who are studying skills such as welding and sheet metal, and educate them on the career benefits of the union.

During a student’s sophomore year, training coordinators will visit their classes at their high school to present the facts about union apprenticeship. Coordinators meet the best-of-the-best during the statewide Skills USA competition, where students put their skills to the test. During the summer between the students’ junior and senior years, students work for a signatory contractor for 40 hours a week. In Dayton, students are paid apprentice wages during this time with pre-apprentice benefits. In Columbus, students are designated and paid as pre-apprentices.

In Dayton, students also begin attending night courses with the goal of simultaneously finishing their senior year of high school and their first year of apprenticeship.

Once the students’ senior years begin, there are various ways they work and attend school. Some career and technical centers allow students to alternate between one week of school with a 40-hour work week. Others require students to attend school in the morning and work in the afternoons.

The Dayton apprenticeship brings in 85 to 90% of all students in the program as second-year apprentices once they have successfully graduated from high school.

Josh Moorehouse, 22, graduated from the Dayton apprenticeship in August and attended Miami Valley Career and Technology Center during high school, where he met Eugene Frazier, training director for Local 24 in Dayton, and caught the sheet metal bug. He was accepted and entered the apprenticeship right after high school graduation.

His career center allowed Moorehouse to attend school for two weeks and then work full-time for two weeks for Rieck Services, where he’s worked since he started the apprenticeship.

“A lot of kids in the younger generation are worried about what they can get now, money-wise. I would stress how much they could have when they retire,” he said. “They have a larger arrangement of options. They can go wherever they want and know the pay will be similar.”

The other carrot at the end of the stick — zero college debt. Other training programs he researched could have left him with an $18,000 to $20,000 bill.

“I show up, and I go to work, and I don’t have to pay one cent of it,” Moorehouse said. “It’s a no-brainer — you go to work to pay for your schooling.”

Currently, Moorehouse works in the shop, but on any given day, he could be working in the AutoCAD department as well. Every day is different, and every day he learns from his fellow sheet metal workers and contractor.

The benefits go both ways as the contractor has just as much to gain from molding young talent as a student has to learn from them, Frazier said.

“It takes a full commitment on behalf of everyone, so it took a while to get it to where it is now,” Frazier said. “The relationship has to start very early, and it’s a lot of work, but it’s worth the dividends.”

Brian Huston started his sheet metal career at Eastland Career Center in Groveport, Ohio, where he took his two academic classes in the morning and went to work for a local contractor in the afternoon. After he graduated from the apprenticeship, he served as a part-time instructor at Local 24 in Columbus and volunteered to judge SkillsUSA competitions while working as a foreman and project manager.

In 2012, he was approached to take over the program at his alma mater, and he jumped at the opportunity to help shape the future of the industry.

“The sheet metal workers allowed me to grow and become an independent man, and if I was able to give back what I received through the trades, that’s what I wanted to do,” Huston said. “That was my No. 1 goal.”

And the word is getting out. During the last round of applications, Huston had 60 students apply for 28 spots in the program.

“When I graduated high school at 18, I was able to have enough money to move out on my own,” he said. “I was able to make good money back then, getting off work at a decent hour and still have a life. Had I stayed at a traditional school, I wouldn’t have had that opportunity for a few years.”

“Brian has helped many students find their way into our apprenticeship. This year alone we are using four to eight of his students,” Gartner said. “If I could look through the members list and figure out the people who have come through since 1987, I would say it would be about 20%.”

Apprentices receive college-accredited training during the apprentice programs in AutoCAD, air balancing, refrigeration/service, welding and heating, ventilation and air conditioning (HVAC) design, fabrication and installation. While they are learning in the classroom, they are gaining skills on the job site including installation of architectural sheet metal, kitchen equipment and duct for heating and air conditioning systems in residential and commercial buildings.

While they start as students, Gartner said Huston and others like him are proof they’re the future of the industry.

“Those are the people who are leaders in our union,” Gartner said. “I think that pipeline gives us those leaders, not just students.”

Veterans get chance at career through Los Angeles program 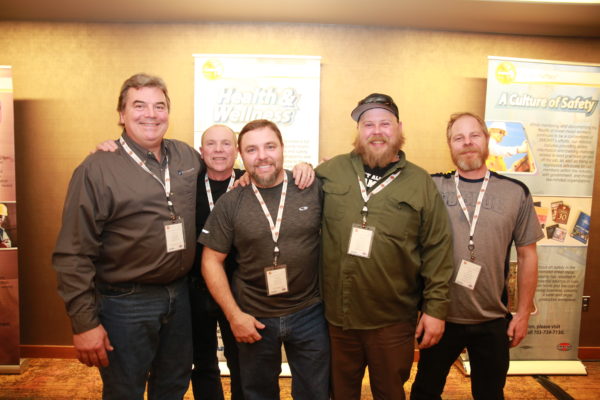 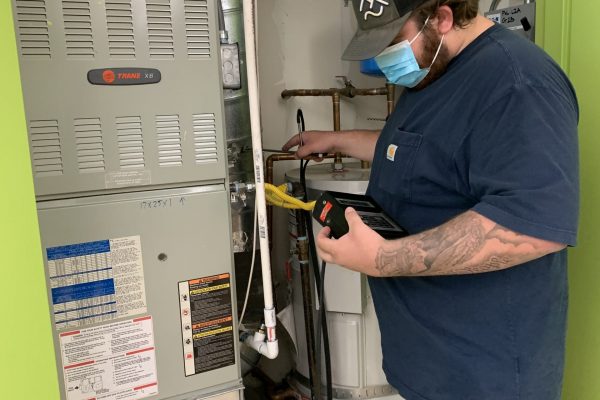