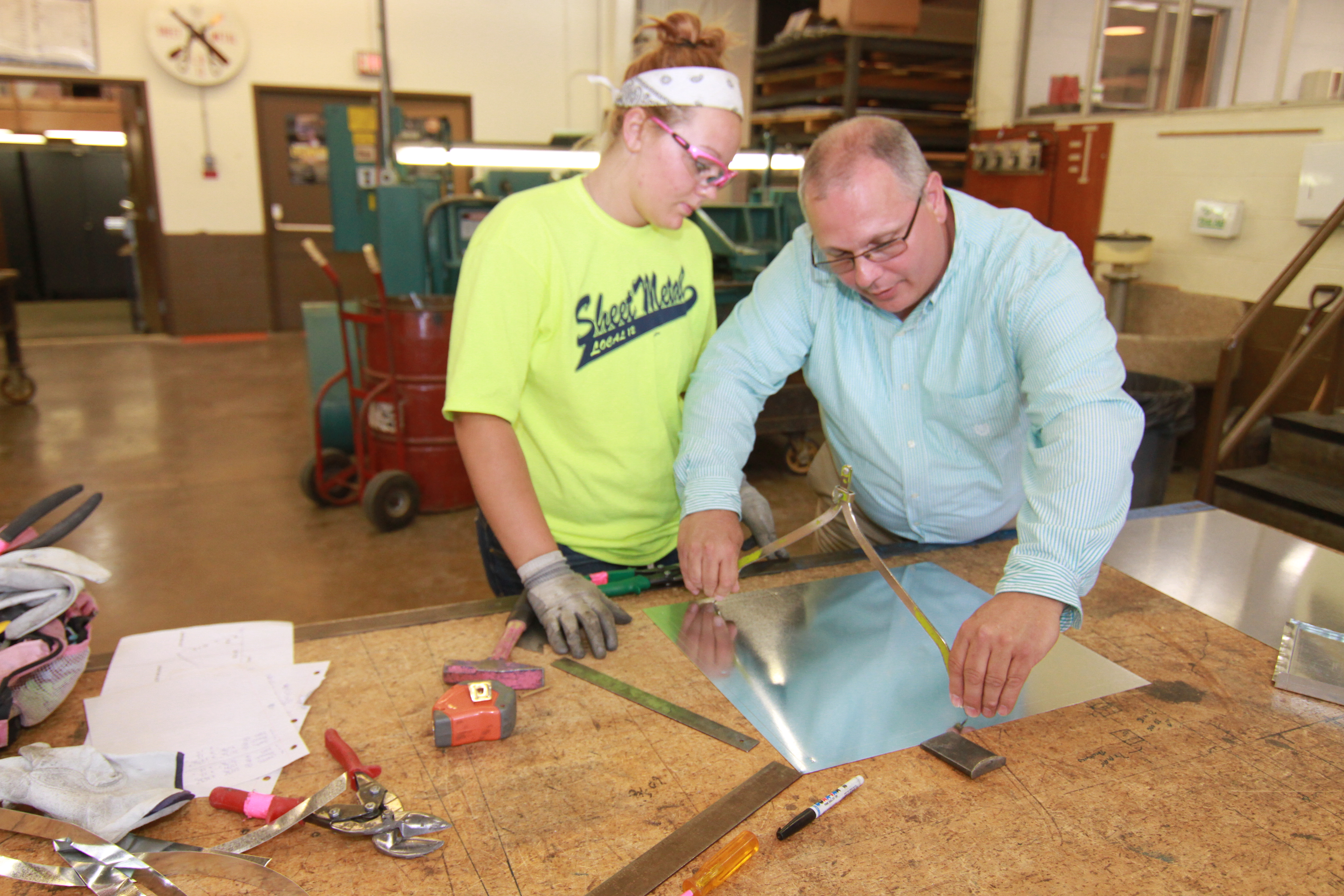 FAIRFAX, Va. – From his first day on the job as training director at Sheet Metal Workers Local No. 12’s training center in Pittsburgh almost a year ago, Keith Schettler made it clear he would do things different than his predecessors. Not bad. Different.

“I don’t think any one goal can be the accomplishment of one person. It has to be accomplished as a team,” Schettler said. “Everybody’s job is significant. You accomplish as a team, and the goal is more satisfying.”

Schettler realized his weaknesses turned out to be Liebert’s strengths. Schettler, a former superintendent and foreman, took on items such as the budget while Liebert, who has been an instructor for 13 years locally along with teaching for the International Training Institute (ITI), headed up the instructional side – tasks traditionally tackled by one coordinator.

“If you want to be a leader, you need to know you have weaknesses,” Schettler said. “Lenny was strong where I was weak. We just fit so well together.”

“How did anyone ever do it all effectively?” Liebert added about the position. “We divided those tasks, in a sense. I’ve been through three coordinators. No one ever had a person to lean on. They had to do it on their own. He and I, we meet constantly. We have a team to lean onto.”

Together, Schettler and Liebert found room in the budget to purchase new televisions (to assist with instruction) and tables and had wireless Internet capability installed at the training center.

“It was amazing how simple it was when two people who were thinking the same way did what they had to do to get it done,” Schettler said. “And that’s just one example.”

Another of Schettler’s new ideas was Networking Saturdays. These events, hosted every few months, connect apprentices with fellow classmates and seasoned sheet metal workers who volunteer meet with them. Apprentices in school also are required to attend retiree meetings once a month to network and meet with them. The events give the apprentices a mentor to bond with, and the retirees have an investment in the future of the trade.

“There’s a bonding of the old and the new. That you can never get from a book,” Schettler said. “You have someone who lived the experiences, telling you about it. To listen to it being told by a real life, living person – it goes far. We’re always looking for new avenues to expand training.”

Schettler also continued with the renovation of the training center that began as he was hired. The renovation, which was mostly completed in October, included new furniture, an HVAC Fire Life Safety lab, lights and walls as well as an updated welding shop.

Training centers, like the one in Pittsburgh, offer four- or five-year programs for the unionized sheet metal and air conditioning industry. This post-secondary education allows students to learn at school and apply those skills on the job site, where they earn money. By the time they graduate and become journeymen, they have zero college debt, college credits and a career.