Having the skills to approach a sheet metal job from the perspectives of an engineer and a sheet metal worker is a rare ability. Engineers typically see the whole picture, where many workers focus on individual jobs, unclear of how their project affects the entire operation. Andy Phelps, an apprentice at the Sheet Metal Workers Local No. 2 training center in Kansas City, is a new kind of sheet metal worker – one with the higher education degree to help him see the big picture and the apprenticeship to make him understand the work.

With a bachelor’s degree in engineering from the University of Kansas firmly in hand, Phelps dove into the world of the engineering consultant, designing systems for projects. Once he was finished designing a project, he never saw it – or its outcome – again. After five years, he decided he wanted to know more about each project and went back to his roots as a project manager at Barnes and Dodge in Lenexa, Kan., the company his grandfather purchased 40 years ago. He also was accepted into the apprentice program at Sheet Metal Workers No. 2 in Kansas City.

Phelps’ path to a career in the unionized sheet metal industry is only one approach. People can become an apprentice straight out of high school, junior college, technical college or the military; after earning a bachelor’s or master’s degree; or following 15 years of experience in a labor trade.

Apprentices also graduate from their studies free of debt with a well-paying career in front of them.

“We are seeing people with five to 10 years of work experience – maybe they went to college, maybe they worked in the field. Either way, it’s beneficial to have that maturity,” Phelps added.

Now a third-year apprentice, Phelps’ eyes are opened to a wide-angle view on the company, how it operates and the projects completed under its roof and on the jobsite.

“I kind of knew I would make that transition sometime in my career. I knew being a consulting engineer wouldn’t be a life-long career for me and that I would come into the sheet metal trade at some level at some time,” Phelps said. “I’m not coming into it completely new. I have a fairly robust background with HVAC systems. Being an engineer, you tend to look at what you’re doing differently. It helps you see the big picture. I think it’s important to have the skill and ask the questions, ‘Why did I design it this way?’ or ‘How can I do it differently to save some time and some money?’”

As an engineer, Phelps primarily worked at a desk. As an apprentice, he is getting up close and personal with the hands-on aspect of the career. Becoming an apprentice is as much a physical experience as it is a mental one. Phelps had to adjust from being the engineer who created the steps to the worker who was required to complete the process.

“There are times it’s a whole new animal,” he said. “It takes time to understand why I’m running through the steps I’m running. It’s a continual learning process, but my previous experience helps out what I’m doing now.”

Jokes about contractors, jokes about engineers – he’s heard them all. Wearing the two hats helps him understand every aspect of the company he hopes to inherit and take the reins of someday.

“Having a degree isn’t a per-requisite for being a sheet metal apprentice. But it does help with your marketability in the industry. Having that degree or having that work experience helps,” Phelps added. 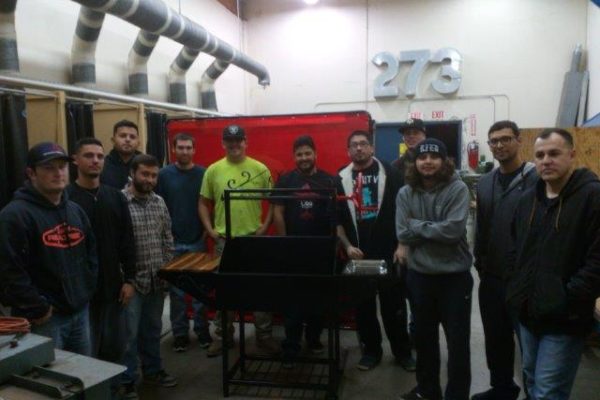 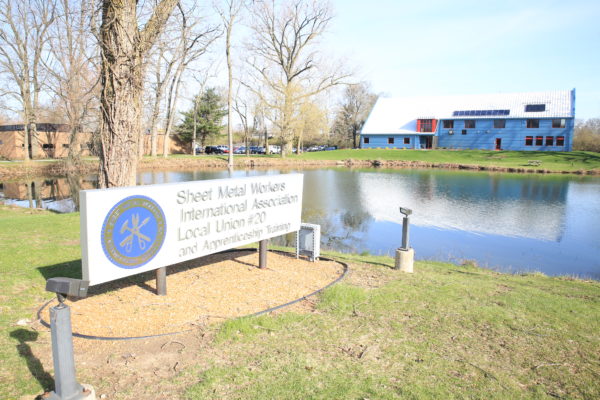