FAIRFAX, Va. – After high school, Ron McGuire enrolled at the University of Minnesota in hopes of one day becoming a CPA. Had anyone told him he would one day become a teacher, instructing sheet metal students across the country on computer-aided design software, he would have laughed. Sheet metal work was something his dad did.

Once he realized the suit-and-tie life wasn’t for him, he took a summer job at a sheet metal shop and enrolled in the sheet metal program at St. Paul Technical College in St. Paul, Minnesota the following spring. He graduated from the 15-month program and entered into the union apprenticeship. Once he completed the apprenticeship program in 1997, he knew he needed a career plan.

“I didn’t want to be running up and down a ladder at 40, 50 years old,” McGuire said. “It’s hard on your body. I liked computers. I took an AutoCAD class. I knew this was what I wanted to do when I got older. I also knew I needed to put my time in.”

The first computer-assisted drawing class he took was with landscape architects and interior designers, and afterwards, he was “thrown into the deep end” of HVAC design as one of a five-member design team at United Sheet Metal, McGuire said. At the time he was already an instructor at Sheet Metal Workers Local No. 10 in White Bear Lake, Minnesota, and from there, his interests in teaching and computer-aided building information modeling (BIM) merged.

In the summer of 2005, McGuire took on a project where 200,000 pounds of sheet metal had to be installed at two schools over the summer. This was the first project where BIM software showed its power.  The initial plan was to field measure the entire project, but after one week on the project, he realized it was impossible to do so and have the project completed by the end of the summer. He requested a computer, which was used to draw and order the material directly from the jobsite.

“I was beginning to think about how much time it saved. It wasn’t physically possible to get it done without it,” McGuire said. “It would have taken me four times as long to measure it by hand as it did to draft it in AutoCAD.”

McGuire left United Sheet Metal to take the position as full-time instructor at St. Paul’s Technical College for two years before he was approached for the job with the International Training Institute, the education arm of the unionized sheet metal and air conditioning industry, in 2009. Since then, he travels across the United States to teach sheet metal workers and training center instructors how to use BIM.

Technology is consistently changing the way the industry functions, and McGuire is happy to impart the knowledge that will be integral to how sheet metal workers perform their jobs in the future.

“When you’re teaching software and you can spend a week with them and at the end of the week they can make it function, you know they’re going to get something from the training you provide them,” McGuire said. “The days of having building blueprints on the job site will eventually go away because everyone will have it digitally.”

Because of his job, McGuire is at the forefront of technology in the industry. Unlike a few years ago, three-dimensional design is consistently utilized by contractors across the country, requiring McGuire to stay updated on the latest technology. 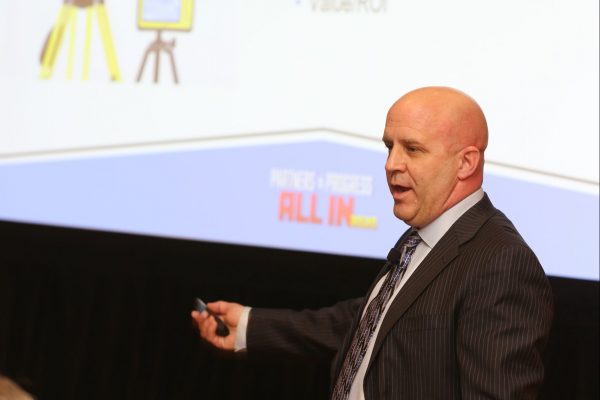