FAIRFAX, Va.  – The unemployment rate among military veterans has been the talk of the nation lately, with companies such as WalMart and Home Depot pledging to hire more veterans in the coming years. Although Helmets to Hardhats has been helping veterans nationwide find careers in the construction trades for a decade, many veterans still aren’t aware of all the program offers. Meanwhile, the unemployment rate among veterans ages 18 to 24 who served in Iraq and Afghanistan in the last 12 years have a 31.3 percent unemployment rate, greater than any other veteran age group, according to the Bureau of Labor Statistics.

The same age group of non-veterans shows an unemployment rate of 16.5 percent. Overall, the current unemployment rate for veterans ages 18 and older is 7.6 percent compared to their civilian counterparts at 8.3 percent.

“Although veterans have proven work experience, dedication and discipline, they have a higher unemployment rate than the everyday person off the street in the same age group,” said Larry Lawrence, regional field representative/instructional development specialist for the International Training Institute (ITI), the education arm of the unionized sheet metal and air conditioning industry. “That doesn’t make sense to me. People with this military training and an honorable discharge should be able to work, and the sheet metal unions in Pennsylvania are making this happen as long as the work is there.”

It’s in the national standards for the ITI to give preferential standing to applicants that come to training centers through Helmets to Hardhats. A few training centers are examples of how that standard can be taken a step further.

In Pennsylvania, the sheet metal workers union gives veterans direct entry into the state’s two apprentice programs that take upwards of 18 months from application to acceptance for the average civilian applicant. In the land of brotherly love, a military background means a career can begin 18 months faster.

“We accept the honorable discharge and say we want that kind of candidate,” said Aldo Zambetti, coordinator at the training center at Local 19 in Philadelphia. “I am the human resources department. I can have the resume and see if someone has HVAC experience or construction experience and put them to work as long as it’s available.”

Pennsylvania veterans interested in sheet metal work – including air conditioning and heating, welding and computer drafting, among others – can bypass the interview and test, enroll in the apprentice program and go straight to any available work. While all apprentices are in school, they can work while they learn for free.

“We’ve always had a great experience with Helmets to Hardhats apprentices,” Zambetti said. “I’ve not seen one dropout. I’ve never seen one person fail to graduate to be a journeyperson. I see the Helmets to Hardhats vets in their first five years at their positions, and they are holding higher level jobs, and I think it’s because of their military training.”

Sheet Metal Workers Local 40 in Connecticut also has had positive experiences with the apprentices sent there by the organization. Since 2007, 100 workers have come to trades in the state through the program. The down economy saw a drop in those numbers, but with things looking up, Local 40 business manager David Roche would like to see more vets in training.

“They have a work ethic. They’re used to taking direction, getting up early and going to work every day. They pay attention. They catch on quicker and they seem to excel through the program and afterwards,” Roche added. “Some of our best workers came through the military.”

In his state, Roche said project labor agreements (PLA) are calling for a percentage of the workforce to be military veterans.

“We’re putting it in every one of our PLAs,” Roche said. “It’s helping the guys who deserve a job when they come back, and we’re getting quality workers. It’s a win-win for us all around.”

Darrell Roberts, executive director for Helmets to Hardhats, was a union sheet metal worker, served in the U.S. Navy for four years and the National Guard for six. Active service members looking at an honorable discharge commonly don’t know their options. Giving the organization a call or filling out a profile on the website only helps open the lines of communication. This way, the veteran has a chance to review all opportunities and find the career that matches his or her background, personality and future goals in time for the discharge. The program also provides mentorship and eases the transition into civilian life.

“On one hand you’re really helping the service member,” Roberts said. “On the other hand, you’re helping the workers and contractors because you’re bringing on good workers. It’s good for everyone involved.”

As a veteran, Roberts understands the importance of stability and finding a career once the military part of life is over.

Veterans have a lot of choices, which can be good or bad. Trades like the sheet metal workers help by making the process easy.

“Direct entry is a great item. It’s a great boon. It’s not unique, but it is rare. It’s something we’ve been pushing across the United States with all the trades,” said Roberts of Pennsylvania’s direct entry program for sheet metal workers. “You have to educate people that they can make a career out of being a sheet metal worker. The goal of Helmets to Hardhats is to show there are real quality careers in construction, and we’ll help you with that transition. We try to get the stumbling blocks out of the way.”

According to findings by the National Center for Veterans Analysis and Statistics, 22.7 million veterans 17 years and older will live in the United States from 2000 to 2036. 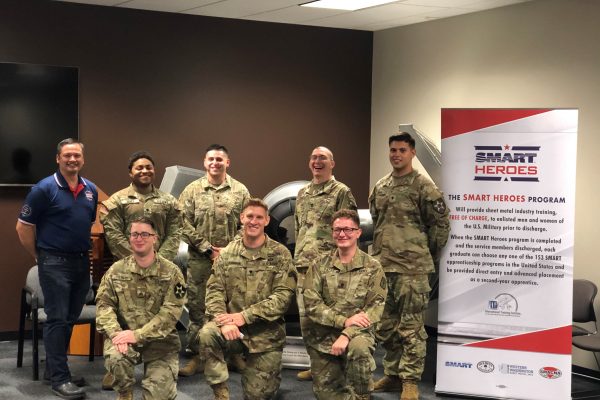 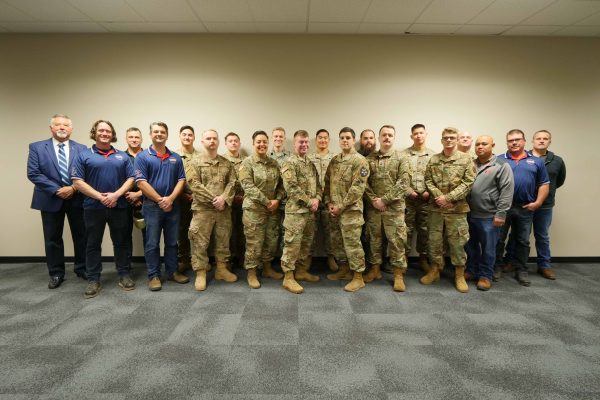