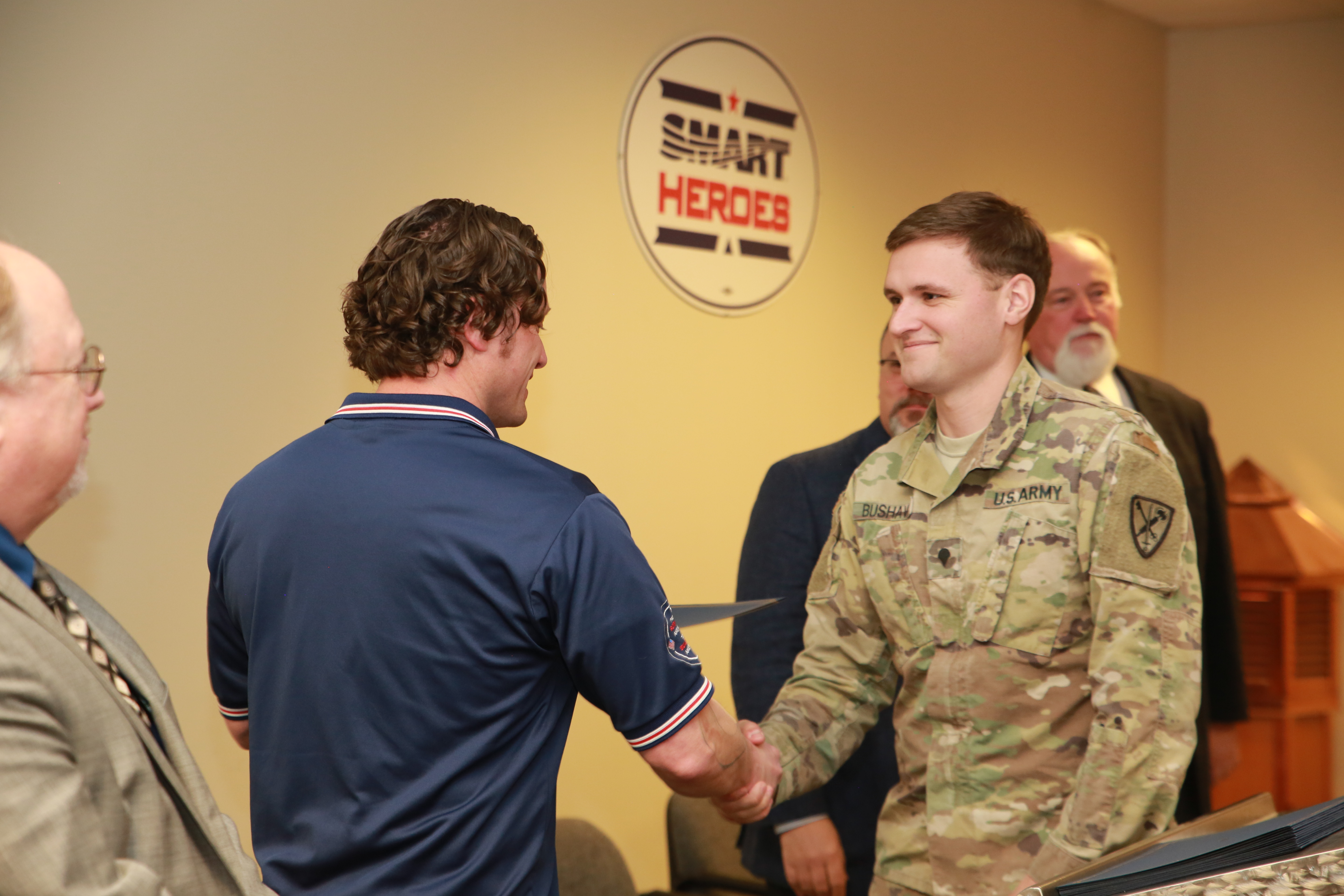 Military, union and local dignitaries gathered Dec. 12 to celebrate the graduation and accomplishments of the second SMART Heroes class at the Western Washington Sheet Metal Local No. 66 training center in DuPont, Washington. The class consisted of 15 soon-to-be or recent veterans stationed at Joint Base Lewis McChord.

The seven-week class packs in 224 hours of training, equivalent to a first-year apprenticeship, and allows veterans — upon honorable discharge — to enter any participating training center across the country as a second-year apprentice. The first SMART Heroes class graduated on Oct. 3, and there are plans for up to six classes in 2018.

“There’s no greater love than a person who would lay down his life for a friend, and you guys are in this small group of people that have made that kind of a commitment. And, for that, I thank you,” said Tim Carter, Western Washington Sheet Metal business manager during the graduation ceremony. “Congratulations to this class for your achievement.”

“You have now begun the journey and quest for new skills, new knowledge. You have a new mission,” said Charles Mulcahy, SMART director of construction craft services. “The skills you have learned and will continue to learn as an apprentice will not only support our industry, but most importantly, they will support you and your families now and throughout your career as a sheet metal worker.”

DuPont Mayor Mike Courts, an Army veteran, noted the city of DuPont will have $1.5 to $2 billion in development in the next decade and there aren’t enough skilled labor workers to complete the projects.

The skills they gained during the class will help them progress in the trade, but the future possibilities for learning and advancement are endless, said Mike Harris, program director for the ITI.

“Skills are what carry you through this career. It is what we sell every day. We sell our skills,” Harris said. “And you have to continue to hone your skills throughout your career to always strive to be better.”

For many military members, transitioning into civilian life can not only be scary, but can lead to a gap in pay, loss of benefits and an insecure and uncertain future. Many don’t know how to either transition the skills they learned in the military to the civilian world or how to find not just a job, but a new career. The SMART Heroes program provides the guidance while recruiting new members to the trade with desirable traits such as a strong work ethic, sense of motivation and discipline.

“It’s seven weeks long and we take you from zero percent knowledge of what HVAC, CAD, welding and sheet metal work is to as close to 100 percent as we can to make you industry ready,” said Bill Nolan, Region IV coordinator, U.S. Army. “We want to transition you into veterans, smart veterans. The idea is we want to make you pillars of the community.”

Not only is the SMART Heroes program helping the unionized sheet metal trade, it’s helping to lessen the unemployment rate of veterans in the United States. Upon entrance as a second-year apprentice, local contractors will hire graduates and provide on-the-job training necessary to complete the apprenticeship.

According to the Bureau of Labor Statistics’ Employment Situation of Veterans — 2016, 20.9 million men and women were veterans — about 9 percent of the adult civilian population — and 3.9 million of those were Gulf War era II veterans, or those who had served since September 2001. For those era II veterans ages 24 to 34 — or those most likely to enter a skilled trade — the unemployment rate is 6.6 percent, nearly 2 percent higher than for civilians of the same age.

“We had many signatory contractors around the United States who have been exposed to this program,” said Brian Fluetsch, president of Western Washington SMACNA (Sheet Metal and Air Conditioning Contractors’ National Association). “They understand what we’re doing in the Pacific Northwest, and they’re excited to welcome you to their companies around the United States.”