For the second year, out of an abundance of caution, the sixth annual Sheet Metal Occupational Health Institute Trust (SMOHIT) Safety Champions Conference was held virtually April 14 and 15 for contractors, training directors and instructors, business managers and agents, and executives from labor and management across the country.

Led by Aldo Zambetti, SMOHIT administrator, and Randy Krocka, SMOHIT program administrator, and featuring a host of guest speakers, the theme of the conference was “Occupational Wellness” and focused on the relationship between members’ physical and mental well-being.

When the Safety Champions Conference was first held seven years ago, the focus was more on physical safety, but in recent years, with the evolution of the SMOHIT-SMART MAP program and more public awareness on mental health, the last two years have really focused on mental as much as physical health and safety.

“We have seen an extreme change in safety culture in my generation,” Sellers said. “Each one of us can lead to change. Each one of us can effect change for ourselves and our employers. We need to let everyone know they’re not alone.”

“Employee safety and health is one of the biggest concerns we have as contractors,” he said. “None of us know what is going on (with people) outside the workplace. The list goes on and on and unfortunately, we’re not always able to see the pain.” The keynote speaker for the first day, Kevin Pope, has lived through multiple changes in safety culture through his time as a Navy SEAL and then working on oil rigs in the Gulf of Mexico. Ultimately, one thing all culture shifts had in common was the changes came from the top. Not only was it imperative that progress start with leadership, but it was just as important for leadership to handle the culture change with the interest of the employees in mind.

If employees understood why certain safety checks were required, they were more apt to assist one another and make well-informed decisions on the fly, Pope said.

“It’s about putting out the right information and how the information was understood,” Pope added. “If I ask you to do something, ask me, ‘why?’ Because if I don’t know why, we have a problem.”

Pope introduced a series of three styles of leadership with themes that recurred in discussions, breakout sessions and presentations throughout the conference. The styles, in part, also related to trainers and instructors:

Ragain picked up where Pope left off and related these leadership styles directly to worker wellness — “When those basic needs are in place, then it creates a certain peace of mind. When we’re looking at mental and emotional wellness, this is a marker of worker wellness. When those aren’t being met, there is anxiety, which is a marker of unwellness,” he said.

“People who are trained effectively have enduring results. Beyond knowledge, skills and abilities, they’ve learned something they can put into practice. The idea here is good trainers aren’t just effective, they can have a huge impact on the overall worker wellness. They can be a critical piece in an overall effort where people have purpose and meaning in their profession,” Ragain continued.

Contribution and recognition keep employees from feeling like mindless robots and instead leads them to harbor purpose and self-respect. Teamwork creates a sense of belonging — the whole is greater than the sum of its parts. When employees have the chance to learn and grow, it creates hope and ambition as well as motivation to set and achieve higher goals.

During last year’s conference, a red flag was raised to alert attendees to the mental instability and substance overuse of members of their industry — “It’s not just getting worse,” said Cort, a member of the SMOHIT-SMART MAP team during the 2021 conference. “It’s getting much, much, much worse.”

And, unfortunately, he was right.

While 10% of the general population reports suicidal thoughts, among members in the construction industry, 40% have had suicidal ideations. According to the Centers for Disease Control and Prevention, drug overdose deaths in the United States spiked 39%, from 72,151 in 2019 to 100,306 in a 12-month period ending in April 2021.

The construction industry continues to be at an elevated risk due to musculoskeletal injuries and disorders that can lead to addiction to medications. Opioid and heroin addiction is not just for junkies. If an injured worker becomes addicted to their prescribed medication, once that prescription runs out, they can turn to the street where heroin can be cheaper than the pills they originally sought.

He encouraged all business managers and training directors to keep naloxone, the overdose reversal drug, on site. This drug, as well as training on how to use it, is often offered by community organizations for free, Cort said.

The SMOHIT-SMART MAP team also has developed an assessment tool, where local union leadership can research treatment centers in their cities already vetted by SMART.

“If you give anyone any amount of opiates for a period of time, they will become addicted to it. Usually it takes about two weeks,” Cort said. “It’s a common story. It is what happens to our members. We get hurt and we get hooked. With the number of opioid overdoses we’re seeing — do members a favor and have that naloxone on site.”

SMOHIT-SMART MAP offers training opportunities for members, which help them with early interventions, recognition of signs and symptoms of a variety of substance abuse and mental health disorders and how to offer emotional first aid.

The courses are informative and can be life-changing, mostly because they are life-saving, Carlough said.

“Talking about addiction and suicide is uncomfortable,” Carlough said. “It’s incredible the change that comes about when someone who is addicted to a substance can make that turn and find life again. It’s a beautiful thing.”

Last fall, SMOHIT welcomed Holburn, who took over the SMOHIT Helpline. A licensed therapist, Holburn is “the guy on the other end of the phone” for any SMART member or their family. In March, Holburn received 33 unique calls, double that of November and December. When things are uncomfortable, Holburn said he is your guy.

“We have an abundance of energy, of life, of compassion and empathy to give people. But if we don’t take care of ourselves, we retreat into ourselves,” Holburn said. “Help is establishing the fact that life doesn’t feel OK right now. What I see, what I hear and what I recognize is people need someone to talk to and help from a different direction than where they’re facing.”

To date, SMART is currently the only building trades union with these resources and training opportunities in place.

“This is remarkable. These bullet points are groundbreaking, because everything we’re doing is truly evidence based,” Cort said. “Every single one of these is really well-researched and put into place. Use these resources, because they are exceptionally unique.”

As the safety and health director for Reedy Industries, Galoozis was on the front lines of a potential mental health crisis during the pandemic. While searching through the learning management system his employer uses, he found that out of 800 courses, just one applied to mental or occupational health.

“You hear about mental wellness, but until you experience it, you don’t really know. When you have this over the top of you, you’re not talking to your family, and you start to recognize there is an issue. What COVID really did was accelerate what we’re doing today,” he said. “How do we improve the fact that out of 800 courses, only one is mental or occupational health? What can we do to get more of them? Get out there and talk to people.”

Spencer-Thomas, a member of the SMOHIT-SMART MAP team, began working with SMART on its mental health initiatives in 2013. SMART had the foresight to move forward with mental health training, advocacy and education before there was data to back it up, she said.

“We need to understand what the root causes are of this problem,” she said of the high suicide rate among construction workers. “There are other things that are happening in the environment promoting distress and despair we have to discuss, too. I see this getting more and more organized. It will be baked into things that reach all of us.”

In regards to physical safety, Di Ioli, safety director for Superior Duct Fabrication, and West, from CPWR, provided best practices and information for the upcoming summer months as heat exposure continues to be a problem in the industry. Ketcham also went over inspection data for 12 months, ending on Sept. 30, 2021.

OSHA found falls still carry the largest violations with a total of 5,177, of which 4,182 were serious. Fall protection violations outrank the second highest violation, which is ladders and tallied 1,976 total violations for the same timeframe.

Wimmer, a former critical care paramedic, brought musculoskeletal disorders (MSDs) to the forefront and — like many others — tied physical health to mental wellness.

If an employee is injured and not working, they can suffer from social isolation, chronic pain and challenges in performing everyday tasks, as well as relationship stress, guilt or shame over others having to take on more work during their recovery, and anxiety over losing their jobs, future earning potential or financial stress, he said.

“Of employees who were off work for at least five days, almost 10% were diagnosed with depression at some point during the 12 months following the injury,” Wimmer added. “And those are just the ones who were diagnosed.”

For additional information on SMOHIT programs, such as SMOHIT-SMART MAP, visit the website at www.smohit.org. 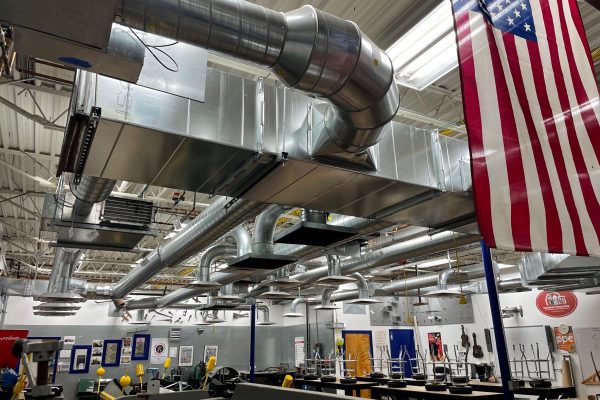 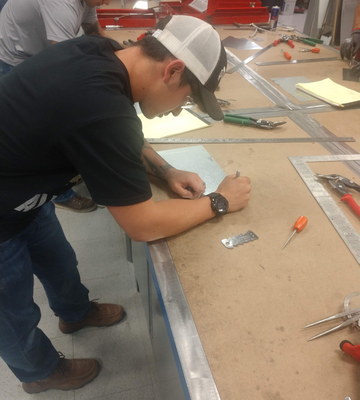