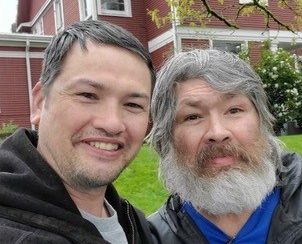 Since 2017, the Sheet Metal Occupational Health Institute Trust, Inc. (SMOHIT) has organized a STEPS Challenge twice each year among members who want to walk their way to better health, weight loss, a sense of accomplishment and also a few prizes. Members register as individuals or teams, then use an app to track steps and stay motivated. Participants all have different reasons to get involved, but a common thread in their stories is that they ended up enjoying the sense of community, competition and fitness benefits far more than they expected. As the 10th STEPS Challenge approaches this fall, two winners of the Spring STEPS Challenge told SMOHIT their stories of fitness, health and companionship.

Thomas Eastman, Sheet Metal Workers Local 66
I first heard about the SMOHIT STEPS Challenge from my brother, Joe, who had finished the Fall STEPS Challenge in 2020 second in the advanced group with 2,220,921 steps.

In December, I was let go from my mentor and leadership position. It was devastating; I was depressed, unmotivated and trying to figure out how to put the pieces back together. While waiting for work with a previous employer that would not be hiring until early spring, I needed something to keep me occupied.

I remembered seeing an email from Randy Krocka about the Spring STEPS Challenge, and it got me thinking that I needed a change in my life. Joe immediately got excited and challenged me to 30,000 to 40,000 steps a day. He told me, “If we hit those goals every day, we can win first and second!” His inspiration was the Peterson brothers, who had taken first and second in a previous challenge.

Afraid of letting my brother down, I accepted his challenge. Joe gave me valuable advice: break up the walks into three different times of the day — morning, mid-day and evening — so I would not wear myself out in one long walk.

I hadn’t planned on the aches, pains and blisters, but my brother’s motivational talks kept me going. Every day I followed the same routine, soon hitting 60,000 steps a day. After the first week, I had lost five pounds, and in less than three weeks I was able to reach 1 million steps with a 10-pound loss!

Before the end of every night I checked the app to see where my brother and the third-place challenger were. I also discovered the message board, where I uploaded photos of animals, plants, landscapes, statues and other things that caught my attention during my walks. I felt a great sense of teamwork and inspiration from others who posted words of encouragement, even though it was difficult to maintain my goals on some days.

With two weeks left, I got a call to go to work. The last five days, I decided to try for a total of 2.5 million steps, which would mean averaging 64,000 each day. On the last day I had a camping trip with my son’s scout troop, and I did not anticipate the time it took to set up camp. I walked until the very last second and managed to get just 231 steps shy of 2.5 million — and I was 28 pounds lighter. I won first place with 2,499,769 steps; my brother Joe took second, reaching 2,301,024 steps and beating his previous record. He knew all along we would be the top two!

Thank you SMART and SMOHIT, for investing in programs that promote the safety and health of our workers. You brought me out of my emotional crisis and made me a leader again.

If you want to win the Fall STEPS Challenge, believe in yourself. I would be happy to see someone reach 2.5 million steps. I challenge you — because it can be done!

Scott Hintz, Sheet Metal Workers Local 18
Second place in the intermediate category of the Spring STEPS Challenge went to Scott Hintz, a retiree from Sheet Metal Worker Local 18 in Milwaukee. He and his wife, Susan, decided to take on the challenge after he retired and the pandemic quarantine started to really bother him. 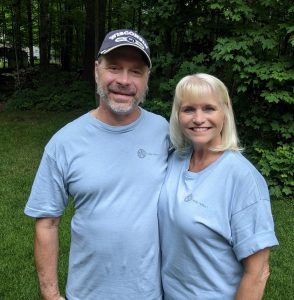 “When you retire, the first few months are like a vacation,” Scott Hintz said. “But then you begin to realize that you need to do more. We saw the STEPS Challenge in my local union’s newsletter and decided to go for it.”

The two of them were active before he retired, trying to get their 10,000 steps in every day. Hintz said that he used to easily get another 18,000 steps a day when he was working. Upon retiring after 42 years as a sheet metal worker, he found he just didn’t get those steps in anymore. They decided the STEPS Challenge would help break up the monotony of retired life and fight off some of the pandemic weight as well. Susan Hintz finished fourth in the intermediate challenge.

“The challenge was an awesome thing,” Scott Hintz said. “We were very motivated by the app and the prizes. When we got our T-shirts, we were excited to wear them, except it was too cold in our area to wear them until the very last day of the challenge. But still, we were happy to get them.”

Scott Hintz was also happy to compete with SMOHIT’s administrator Randy Krocka, with whom he’d apprenticed years ago.

“I would go on [the app] to see how far Randy had gotten and that kept us motivated, too,” he said.

Scott and Susan Hintz worked their way through the Wellness Coaches app (formerly Benovate) and answered many of the health questions to win other prizes as well.

“Sometimes you take your union for granted,” Hintz said. “But this was one of those times that I really saw value in what we’ve got with our union.” 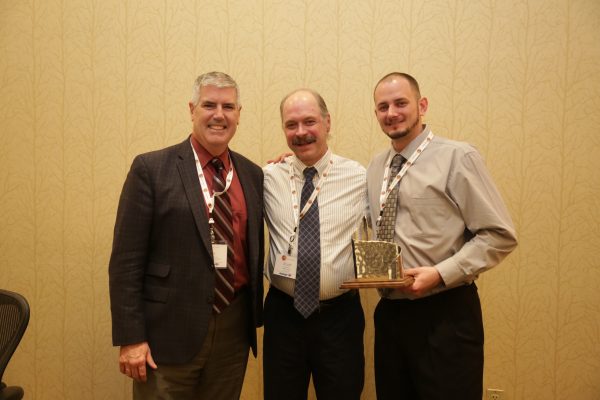