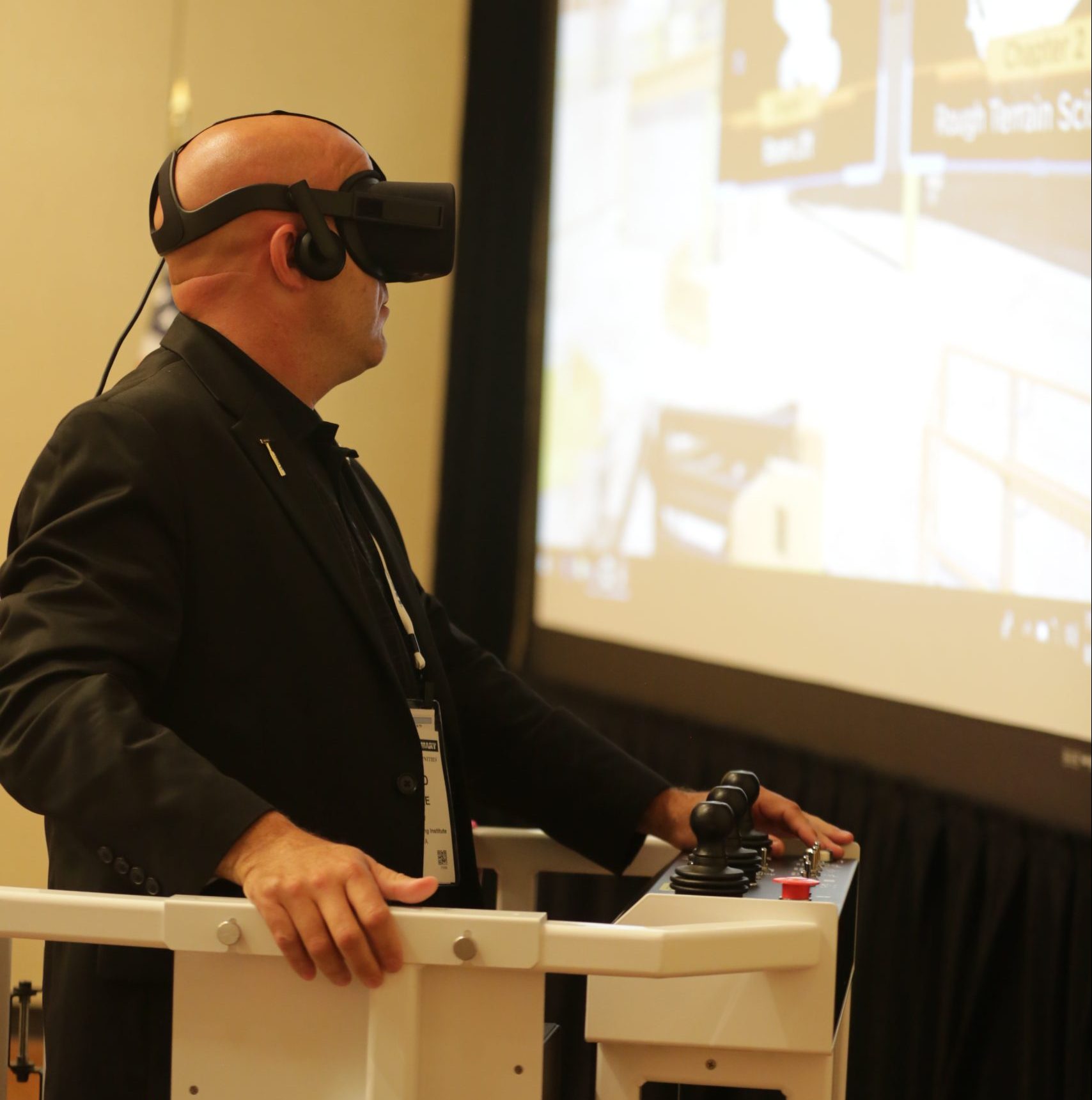 Technology is traditionally a good predictor — it can identify what innovations are on the way and how the industry will use them to teach apprentices and journey people in the future. Asking technology to predict the next 50 years is a tall order, but if the past is any indicator, the one thing safe to say is today’s emerging technology can be a barometer for future events.

“History is always a good place to start,” said Mike Harris, International Training Institute (ITI) administrator. “When you look back even further over the history of our trade, it’s constantly evolved. When the sheet metal workers union began, there was no ductwork. There was no air conditioning. That didn’t exist. They morphed into HVAC [heating, ventilation and air conditioning] and all the components we have today. That keeps me hopeful that we will continue to evolve our trade into those industries that need qualified people to do the work.”

More than a decade ago, when leadership decided to share information with training directors nationwide on a DVD instead of a thick, printed binder, it didn’t seem as innovative as it was. Those DVDs eventually became the vehicle for videos and other information that went far beyond what a binder could hold, and they eventually led to a complete DVD-based curriculum. One idea built upon another and progressed, moving the industry forward.

“Who knows what the future holds? We seem to always be on the leading edge of everything we do,” Harris said. “With that, I think what we’re doing right now is embracing that innovation somehow and taking a look at different ways to train.”

Not too long ago, apprentices were studying out of books and could safely graduate from their apprenticeship with little technology education, unless they were training in a discipline on the job that required it. Today, they use iPads to read curriculum texts and watch videos, they log their hours and receive communications in TotalTrack and they use software such as Bluebeam to view plans on the job site. Gone are the paper plans previous generations used; it’s all screens now.

“You have to adapt to the times,” said Ron McGuire, ITI program administrator. “We have to move the bar forward and find out what else we need to do to support and provide the best training and curriculum we can for our membership.”

Dusty Robotics, out of California’s Bay Area, has brought construction robotic technology strides into the future by taking 3D plans and laying out hanger points faster than a human with a robotic total station. Instead of marking a few hundred hanger points in a single day, a couple thousand can be identified, McGuire said.

“The construction schedules for projects have been slowly shrinking. The amount of work hasn’t changed, though. We’re still doing the same amount of work, but when we’re looking at a piece of equipment, like Dusty Robotics, it can lay out points four to five times faster,” McGuire said. “You still have to be very efficient in your layout.”

Robotics aren’t taking the place of workers; they’re making workers more efficient in their jobs. The Trimble XR10 — Microsoft’s HoloLens2 mounted to a hardhat — is a mixed-reality headset. Through “glasses,” the technician can simultaneously view the live space as well as the plans for the build-out of that space, aligning the two. It allows the user to actively view the present and the future and make any appropriate changes.

This technology can be adapted and used for other tasks, including presentations, to sell design ideas to end users and to perform testing, adjusting and balancing (TAB) and service, McGuire said.

“A service technician could be on a job and may not know what to do with a piece of equipment,” he added. “They could call the office, get hooked up on Teams, and someone could see what they’re looking at and guide them through the task. There are a number of ways or different applications it can be utilized in. You have to think outside the box to a certain degree.”

Taking current technology and finding other uses for it in the industry is a skill sheet metal workers are known for, Harris said.

To encourage the use of technology on the training level over the last two years, the ITI has offered grants for training directors to improve or upgrade equipment at their facilities. Although there are equipment- and tool-specific grants, the standard grant allows training directors and training trustees to think outside the box McGuire mentioned and apply for new equipment and opportunities to move apprenticeships forward.

Specific grants available include those for plasma tables, 3D scanners, 3D printers, Trimble XR10 and Autodesk software training, and new grants for 2022 are set for innovations such as the handheld laser welder and SPYDERCRANE mini-crane, which made a large enough impact on leadership to encourage training.

An increase in the use of technology due to the pandemic has also led the ITI leadership to identify the changing faces of future apprentices. While math ability, hand-eye coordination, problem solving and dexterity have long been benchmarks of a good sheet metal worker, technology is now a large part of a young adult’s life. When they come to the apprenticeship, young recruits are already used to turning in homework online, using mobile devices and apps, taking virtual classes and using iPads to read textbooks.

In the future, comprehension of software and virtual reality, such as 3D building information modeling and Trimble XR10, respectively, as well as digital controls and soft skills will likely be inherited abilities apprentices already possess when they start their training.

“We have to not only look at how we train, how we stay ahead of technology, but how we recruit the future of our industry, who that is and what skills they have,” Harris said. “Their skillset is different than they looked for five decades ago. The newest technology seems to be a little more cerebral in addition to hand-eye coordination.”

But even McGuire, who has an extensive technology background, said the largest part of the sheet metal industry will still be the skill and ability to do the work that created the industry more than 130 years ago.

“You throw the technology piece in there — TotalTrack, online courses, using an iPad in the classroom — that apprentice is really changing, but we still need people to use their hands,” McGuire said. “That’s not changing. Your hands are going to make you a lot of money. You need to learn the ropes; you have to go through it.”

Decades ago, many of the new apprentices were young, white males either fresh out of high school or in their early 20s, searching for a career. Today’s apprentices are military veterans, older people seeking a career change or single mothers who want better careers for themselves and better lives for their children. Apprentices also are all genders, all races and from all economic and cultural backgrounds.

“I truly believe apprentices have always been the future of our industry,” Harris said. “And with them, our trade is changing and evolving into the different areas of work that need to be done.”

With bias and belonging training on the schedule for 2022, Harris said diversity, equity and inclusion, like technology, will also steer where the industry is headed. But it’s up to the current members to get it there.

“It’s always about keeping the relationships up, keeping our minds and feet one step ahead,” Harris said. “How do we do that? It’s up to us to figure out. But that’s the ultimate goal.”