ALEXANDRIA, Va. – During a tough economy, it’s sometimes difficult to think to the future when present concerns are here and now. For the sheet metal industry’s training centers ­– called JATCs – there is no rest as journeymen retire daily and members leave for other jobs. Although there are currently unemployed sheet metal workers, along with many others across construction trades, large construction jobs are on the horizon, and the International Training Institute (ITI) for the sheet metal and air conditioning industry is encouraging training centers across the country to prepare for the future.

Larry Lawrence, instructional development specialist for the International Training Institute and former training director for the Denver area, is doing just that. Instead of turning applicants away at the door, Lawrence attracts high school and college-age youth to the apprenticeship program. As long as apprentices are working, they get paid for their training, and with a partnership through the local community college, they earn college credits as well.

“We run our apprenticeship program more like a college,” Lawrence said. “We have tracks for them to learn different parts of the industry as an expertise. It helps with recruiting, too, when a kid gets to pick instead of being told what to pick.”

Lawrence also has done his homework. With Union Station, a station for Denver’s commuter train, and two hospitals on tap to begin construction between November and March, jobs are on the horizon.

“Once work hits, you’re going to be busy, and when it hits, you’d rather be at the front of the bus than the back of the bus,” he said, earning his “bus driver” moniker. “It’s good for us because it helps with recruiting when you know you can put people to work.”

Although Denver’s JATC has a 78 percent graduation rate, it also has a 30 percent unemployment rate, which is on the lower end compared to parts of the country like Las Vegas, which recently hit 15 percent unemployment ­– the highest in the country. Dan Rose, training director for Local #88 in Las Vegas, has 45 percent of apprentices out of work. Although his unemployment rate is higher than many, he still manages to bring in a 25-person class to help plan for the future when the recession lifts.

“We have done all our homework as far as retirees and attrition rates,” Rose said. “It takes five years to bring an apprentice to journeyman status, and in that time, things could get better. We need to continue training people for when that does turn around. When the economy turns around, they’ll be ready and more employable.”

Lance Clark, training director at Local #105 near Los Angeles, thought a little closer to home for new apprentices when developing a training strategy for the new economy. Instead of hiring all outside apprentices, Clark decided to promote helpers – those who work with the union driving trucks and other positions.

“We can promote within when it’s a down economy and down market,” he said. “The helpers are already proven. I get a better success rate of the employer keeping them on the job because they’re tested.”

Promoting from within also saves money because there is no probationary period. Since workers already have a relationship with the union and contractors, there is less attrition. Less time spent equals less money spent, which allows the union to invest in the ideal apprentices. Clark also looks to outside sources for premium employees, such as the Helmets to Hard Hats program, which brings in former military personnel.

“It doesn’t mean you can’t come in from the street, but in down times, it’s hard to get employers to keep workers. And when you promote within, they’re all proven,” Clark added. “There’s a work force waiting out there, and they’re helpers. If you’re looking for success in recruitment, look to your own.”

No matter the theory, strategy or program, training centers across the nation are battling the same challenges, but planning for tomorrow is just as important as the concerns of today, Lawrence, Rose and Clark agreed.

With apprentices today, “we know if they stick, they’re going to stay,” Lawrence said. “And if we don’t replace the guys who are retiring, we’re in trouble. I tell anyone who listens to me.”

More than 15,000 apprentices are registered at training facilities in the United States and Canada. The ITI is jointly sponsored by Sheet Metal Worker’s International Association (SMWIA) and the Sheet Metal and Air Conditioning Contractors’ National Association (SMACNA). ITI supports apprenticeship and advanced career training for union workers in the sheet metal industry throughout the United States and Canada. Located in Alexandria, Va., ITI produces a standardized sheet metal curriculum supported by a wide variety of training materials free of charge to sheet metal apprentices and journeymen.

For more information about the contest or ITI, visit www.sheetmetal-iti.org or call 703-739-7200. 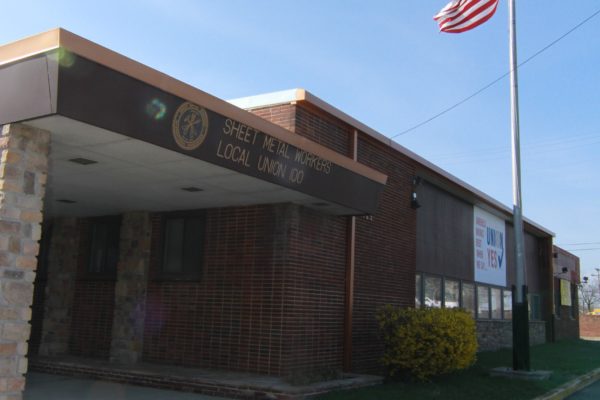