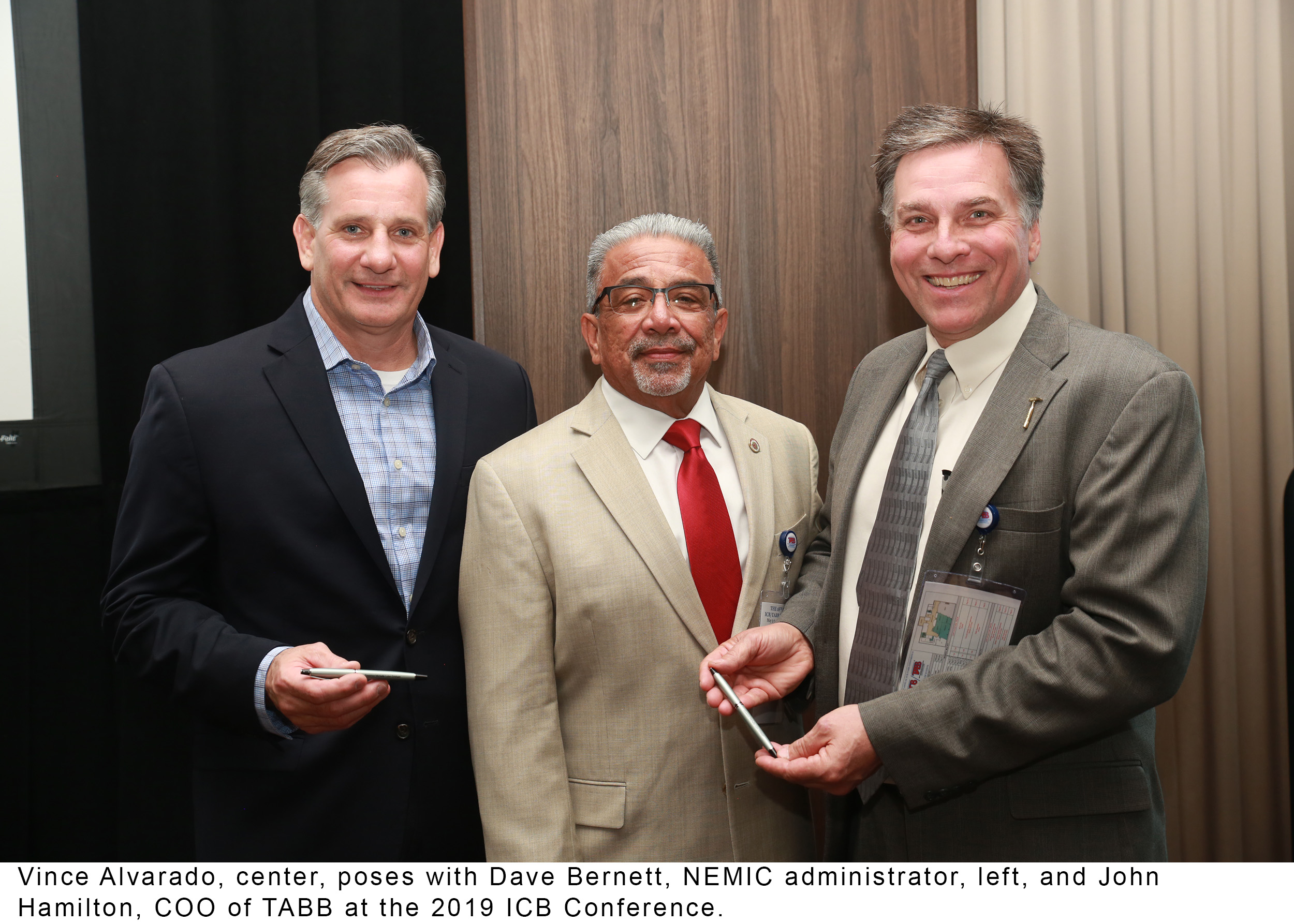 Four-term business manager and financial recording secretary Vince Alvarado not only wears many hats at the International Association of Sheet Metal, Air, Rail, and Transportation (SMART) workers Local 49 in Albuquerque, New Mexico, but also somehow makes time to lead other organizations in his community and help shape policy on a national scale. He has served as the business manager since 2010 and was elected president of the New Mexico Federation of Labor, AFL-CIO in 2018, a position he still holds. Alvarado is also the chairman of the International Certification Board (ICB) and represents labor on the Construction Industries Commission, which adopts and enforces building codes. He serves on the State Workforce Development Board as well as the New Mexico Economic Recovery Council, formed by Gov. Michelle Grisham to help businesses and workers rebound from the pandemic.

Alvarado began his life in the trades even before he graduated high school, working for a small independent refrigeration contractor in his junior and senior years. It created a bit of a stir in his family, as Alvarado’s father and grandfather were longtime union members and did not approve of him working for a non-union contractor.

“I was all proud because they gave me a company service van, and my dad wouldn’t let me park it near our house,” Alvarado said. “He told me to park that thing far away so it wouldn’t embarrass him. I was 18, and didn’t know any better.”

Upon graduating high school in 1979, Alvarado apprenticed at Local 49 and hasn’t looked back.

After moving to Local 88 in Las Vegas back in 1987, where he worked as a general foreman on the construction of the Luxor Hotel and Casino, and then again for a seven-year stint in the 1990s, he returned to New Mexico and worked for some local contractors.

After returning to Local 49 in 1998, he became an instructor, then training coordinator and organizer. Today, as business manager and financial recording secretary, he handles the day-to-day operations and manages all the receipts, accounts payable and investments, as well as handling the management and leasing for the local’s property holdings.

Every local evolves over time, and in the 40-plus years since Alvarado first arrived at Local 49 as an apprentice, he has observed changes and also had a hand in many of them. One of the biggest shifts at Local 49 has been to get involved in politics and policymaking.

“When I came in, the union wasn’t involved a lot in politics, but you have to be, in order to move the bar,” Alvarado said. “You have to know your legislators, you have to be part of the political movement, or you’re going to be losing ground.”

Recently, Alvarado and his colleagues at Local 49 have been gathering support for two important bills. The Healthy Workplaces Act, HB20, was approved by the state senate on March 19 and, if signed into law, will allow all workers to accrue paid time off for sick leave. The Public School Ventilation Improvement Act, HB323, was developed by SMART in cooperation with the American Federation of Teachers (AFT) and is now working its way through committee in the state senate.

This legislation in the Public School Ventilation Improvement Act represents efforts that can create ripple effects on a national scale. Last year, Alvarado began conversations with Stephanie Ly, the local president of AFT New Mexico, who works with the national AFT president, Randi Weingarten. Since then, he has spent hours on the phone with the governor making recommendations and presenting data from engineers and experts from NEMIC.

State Rep. Sharon Stapleton, who sponsored HB323, is a member of AFT and the daughter of a sheet metal worker.

“She’s the leader of the house and one heck of a fighter … we have some good women representing labor in New Mexico,” Alvarado said.

Ventilation is now a public safety issue, just like fire life safety, Alvarado noted. As shown in a white paper released in 2020 by the National Energy Management Institute (NEMI) and the University of California, Davis, indoor air quality can affect students’ cognitive learning, productivity and absenteeism.

“Seventy percent of schools in America fail because of improper ventilation, and people never realized this until the pandemic hit,” Alvarado said.

He is concerned educators might be getting blamed for what could be a ventilation problem contributing to kids not being able to learn. He tries to push this information out to families so they can understand the need and make their concerns known to policymakers.

“Mothers are tough. They’re stubborn. They’re going to fight for the safety of their kids,” Alvarado said. “It’s mandatory to do this stuff in hospitals, why not schools?”

The biggest challenge in working with legislators, according to Alvarado, is they see everything in terms of money. However, the American Rescue Plan Act of 2021 allocates $125 billion for schools to complete assessments. That’s money that Alvarado does not want to see going to waste, as it represents a once-in-a-generation opportunity to get efficient systems into schools and ensure they are operating up to the engineer’s standards.

Legislators also want to make sure smaller mom-and-pop businesses in the community get a share of the work as these schools are assessed and refitted. Yet, this could pose safety and quality issues, since today’s school buildings, and their HVAC systems, have become larger and far more complicated.

“It’s not a simple schoolhouse like back in the day. You need a certain type of education to make sure these complicated systems are installed properly and continue working to the engineer’s specifications,” Alvarado said.

Fighting for legislation on school ventilation was not Alvarado’s first foray into the political machine. New Mexico was the first state to adopt fire life safety legislation in 2019, thanks to Alvarado’s effort to show lawmakers the necessity of mandating that damper systems be maintained and inspected annually by a trained, certified professional.

Alvarado subsequently worked closely with Al Lopez, the business representative for Local 88 in Las Vegas, using the legislation from New Mexico as a model. Roughly 40 years after the tragic MGM fire that claimed 85 lives, most of those fatalities a result of nonfunctioning smoke dampers, Nevada became the second state to pass fire life safety legislation. New Jersey followed suit, and Hawaii currently has informal agreements in place. Alvarado has been in communication with Sheet Metal Workers Local 359 in Arizona to help them begin the process of advancing legislation.

“It’s important to earn a decent wage, but we can also take pride in having worked on the schools we see every day, knowing you contributed to the safety of kids there. Plenty of workers have kids in these schools,” Alvarado said.

Alvarado has been able to negotiate for the interests and well-being of union members in multiple ways over the pandemic, thanks to his many contacts and participation on varied boards. Being on the Economic Recovery Council gave him an edge, he said, in knowing when things would shut down and when they were scheduled to reopen.

He orchestrated the distribution of free masks and gaiters to members and obtained funds to upgrade computer systems so staffers at Local 49 could work remotely. During this time, members could still meet at the office by appointment, so problems could be solved and members could continue to be represented. Later, when Alvarado saw that construction workers, who were classified as essential workers, were nowhere on the list to receive vaccinations, he called the labor liaison at the governor’s office and made sure they were approved to receive vaccinations as the state moved into phase 1C of vaccine distribution

For a person who has the governor’s direct phone number in his list of contacts, Alvarado remains humble in his achievements and emphasizes the importance of teamwork rather than taking credit. He encourages any young sheet metal workers who want to make a difference to “just get involved.” Stop listening to secondhand information from coworkers, he said, and get involved yourself.

“It would be an honor for me to lose my job to a younger member,” Alvarado said. “In fact, I’ll teach you how to take my job. This isn’t my local, this is yours. I just want to leave it a little better for all of you.” 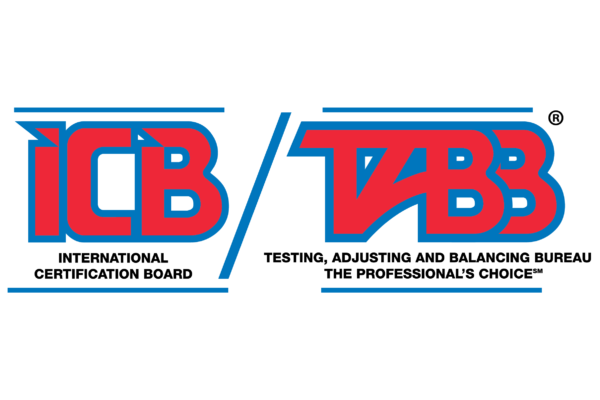 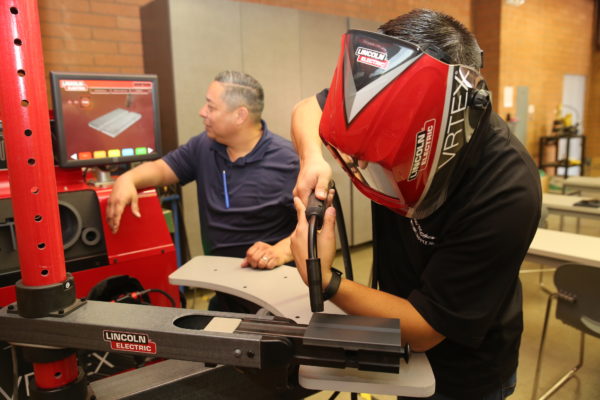